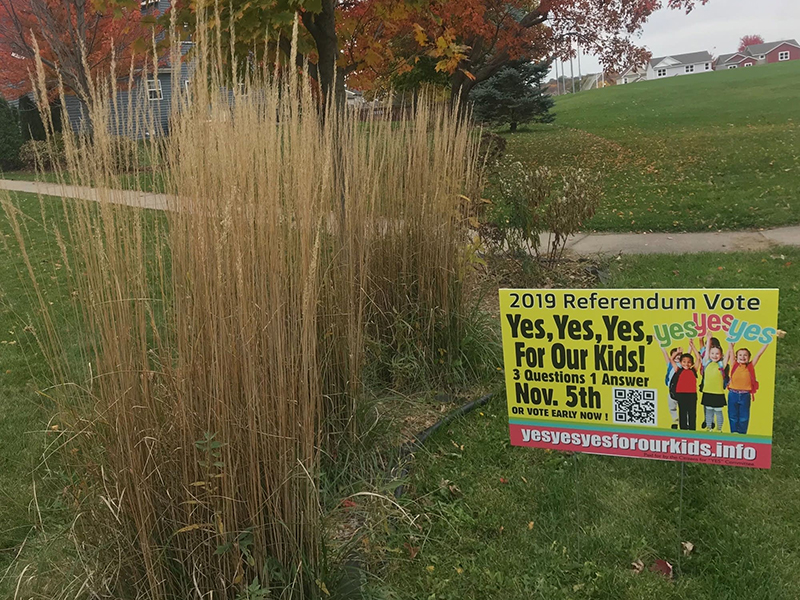 “It was a really good night for schools,” said Greg Abbott, communications director for the Minnesota School Boards Association.

A full 88 percent of school operating levies on Minnesota ballots passed on Tuesday. That’s an approval rate surpassed only in 2015, when Minnesota saw 90 percent approval.

School bond questions — in the form of property tax increases to pay for repairs or new schools — also fared well. More than 7 in 10 passed, which is the third highest rate since the MSBA began tracking school referendums in 1980.

Among those approved bond referendums was the largest in state history: a $326 million initiative for a variety of building projects in White Bear Lake.

Minnesota has long had a disparity between rural and urban districts when it comes to approving school referendums. The Minnesota Rural Education Association estimates approximately half of rural school bond issues have passed in recent years — a rate much lower than that in urban districts.

A new agricultural land tax credit that reduces the share of property taxes farmers pay for school bond issues may be the reason so many more rural districts passed bonds this year.

“The 84 percent passage rate is a strong endorsement of our rural Minnesota schools and the increase demonstrates that a greater state share of these local taxpayer costs matter,” Fred Nolan, executive director of the Minnesota Rural Education Association, said in a statement.

A sliver of districts failed to persuade voters to vote yes on referendum questions. That included Eastern Carver County, where just over half of voters approved an operating referendum renewal but rejected a property tax increase to fund school operating costs and a bond referendum that would have paid for a new school, bus garage and building maintenance.

A note on Eastern Carver County’s web page drew attention to how different cities in the district voted. Most Chaska voters supported all three referendum questions. But a majority in Victoria, Chanhassen and Carver voted against property tax increases to fund schools.

When asked about why voters may not have chosen to approve referendums, Eastern Carver County’s director of communications, Celi Haga, said she couldn’t “speculate on the specifics of why voters chose their positions.” She did, however, point to rumors the district has been trying to address in regards to the referendum.

In a blog post, the district attempted to address those concerns by explaining its approach to spending. It also reiterated it would not be deterred from its work on equity, saying it was “committed to an educational environment where all students feel safe, welcome and included and have the tools and resources to succeed.”

This week’s election may have been a good one for Minnesota school funding, but Gov. Tim Walz issued a statement saying he wants to change the way Minnesota funds schools.

“I am proud that Minnesotans step up when they see a need — but this simply isn’t the way it should work. The quality of our children’s education shouldn’t hinge on a question on a ballot,” Walz said.

The governor has put together a working group to explore ways to reform Minnesota school funding. He said he wants to reduce districts’ dependence on referendums.

The group, convened by Education Commissioner Mary Cathryn Ricker, met in September for the first time.

“Schools shouldn’t be forced to rely on referendums to fix a leaky roof, move a classroom out of a converted storage room, or keep classes small. And when school districts across Minnesota call out for help, the state needs to listen,” Walz said.

— Reporters Dan Gunderson and Catharine Richert contributed to this story.