Minnesota farmers serve up most turkeys in the U.S. 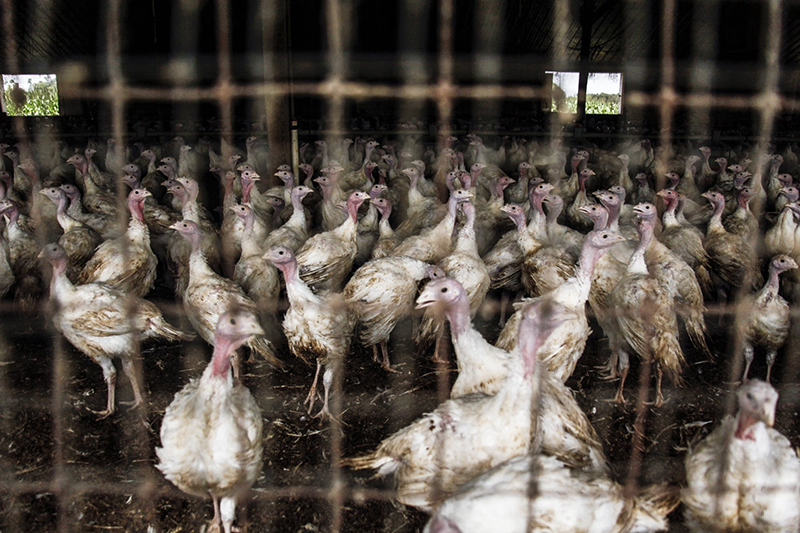 In 2017, more than 245 million turkeys were sold in the U.S. Minnesota leads the country on the number of turkeys sold, with 48 million according to the agriculture census.

For 2019, the USDA estimates about 240 million turkeys in production.

The state’s high count is a result of farmers in central Minnesota taking a shot when the turkey industry first started to grow, said John Zimmerman, a former president of the Minnesota Turkey Growers Association and a turkey grower in Northfield, Minn.

“Starting back in the 1940s and 50s when the turkey industry started to take off, we just had several entrepreneurs in the state, specifically in the Willmar area, that got together and wanted to try raising turkeys,” Zimmerman said.

He also said the strong supply of local feed crops — like corn and soybean — and support from the University of Minnesota on research helped grow the industry.

Central Minnesota counties continue to crank out the large fowl, with Stearns and Kandiyohi counties leading the state in turkey production.

While Thanksgiving and other holiday meals largely drive the production of frozen turkeys, Zimmerman said the industry is diversifying, with food products like sandwich meats or alternative products like turkey hot dogs and turkey bacon.

“Years ago, it was all bag birds, the whole bird for the Thanksgiving market. That’s still an integral part, especially in Minnesota. But all the further processed products have become more and more common,” he said.

Trade negotiations have had an impact on the market, but Zimmerman, who currently serves on the executive committee of the National Turkey Federation, said turkey farmers are watching the U.S.-Mexico-Canada Agreement — the replacement for the North Atlantic Free Trade Agreement — more than trade tariffs discussions with China.

According to the National Turkey Federation, more than 60 percent of U.S. turkey exports are sent to Mexico.

“Mexico is one of our largest markets, and the USMCA holds on to our trade agreements that we had under NAFTA,” Zimmerman said, “which were very good for us. And it also opens up Canada a little bit more to more turkey imports.”

Zimmerman said recent trade negotiations have helped open Minnesota to the Chinese market. Back in 2015, an outbreak of avian flu in the U.S. — which included a large number of outbreaks in Minnesota — led international markets to block turkey meat from the country.

Eventually, the outbreak was contained and trade continued between international partners, Zimmerman said, except for China.

“China continued to use that as a nonscientific trade barrier, actually, up until about a month ago,” he said.

Zimmerman said that as part of the give and take in the trade negotiations, that barrier has now been lifted.