Prairie Profiles: When the work pays off 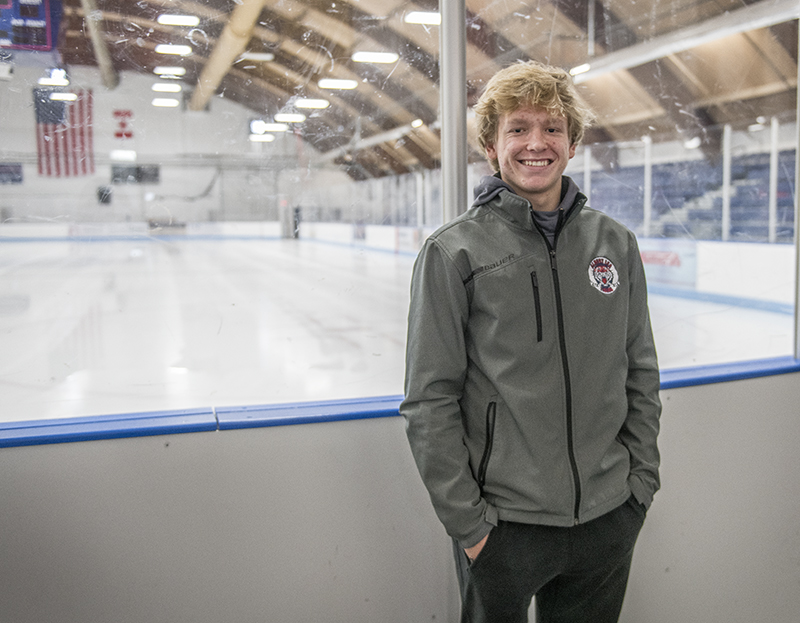 Campbell Cichosz will go back to playing for the North Iowa Bulls junior hockey team after his senior season with Albert Lea is over. - Colleen Harrison/Albert Lea Tribune

Albert Lea High School senior Campbell Cichosz has played hockey since he was 4 years old, and has loved it even longer.

Cichosz, now 18, moved from Fergus Falls to Albert Lea with his family when he was in eighth grade. He is a defenseman for the Tigers.

Over the summer Cichosz tried out for the North Iowa Bulls — a Tier III junior ice hockey team in the North American 3 Hockey League (NA3HL) that plays its home games at North Iowa Ice Arena in Mason City.

Cichosz earned a spot on the team, and started playing with the Bulls in October. He’ll return to the Bulls after his last season with Albert Lea is over.

While the last season of his high school career will have its bittersweet moments, Cichosz said he looks forward to what the future will bring.

“I think it’s kind of special,” Cichosz said. “I’ve been working for it all my life. I’m super excited.”

Cichosz has also played golf in the past for Albert Lea, but said whether he plays this year will depend on how his schedule is come spring. After graduation, he plans to take online classes while putting the rest of his focus toward hockey.

A North Iowa Bulls schedule can be found at www.northiowabulls.com.