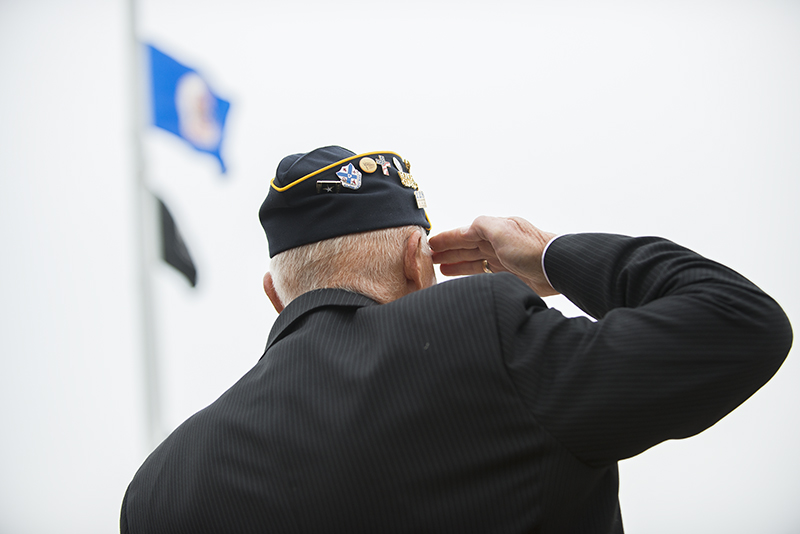 A veteran salutes as the U.S. flag is raised during a previous Veterans Day ceremony in front of Freeborn County Courthouse. - Colleen Harrison/Albert Lea Tribune

Veterans participating in the program will move from the Albert Lea Legion to the courthouse around 10:40 a.m.

The ceremony will begin outdoors around 10:50 a.m. with the raising of the colors, volley firing and the playing of taps at the Freeborn County Veterans Memorial.

The program will then move indoors  around 11 a.m. to the Freeborn County Commissioners  board room, where American Legion Post 56 Cmdr. Jeff Olson will lead the ceremony.

The keynote speaker will be retired Lt. Col. Paul Hosfield of the U.S. Army Reserves infantry, followed by musical selections by the Albert Lea Careyaires.

After the program there will be a noon meal in the American Legion club room at 142 N. Broadway, with Olson leading a POW/MIA remembrance service.

Several veterans will also take part in a Veterans Day ceremony at Albert Lea High School in the morning.