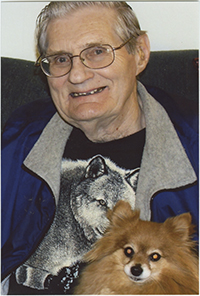 He was born July 1, 1936, in Lake Mills. Sam was the son of Albert and Mabel (Holstad) Limesand. He graduated from Lake Mills High School. He proudly served his country in the Navy from 1955 to 1959.

He married Judy (Rongved) Solland in 1970. They lived in Albert Lea and raised a family.

Sam was preceded in death by his wife, his parents, and siblings Mary Bjork, Ray, Vernell and Elaine Hallstrom.

He was known for his quick wit and kind and compassionate spirit. He was loved by all who knew him and will be greatly missed.