Tigers shut out by Raiders 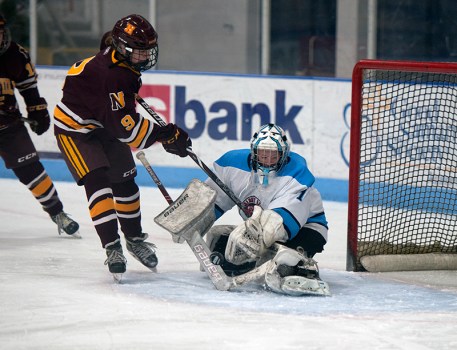 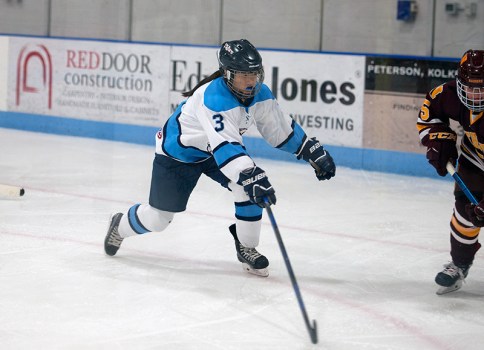 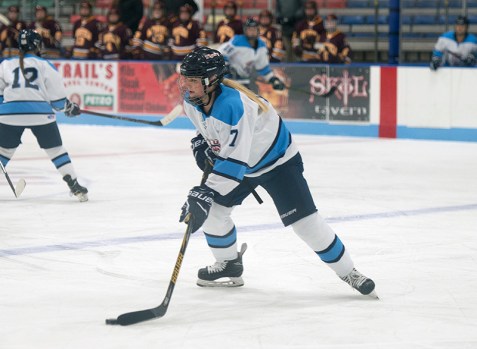 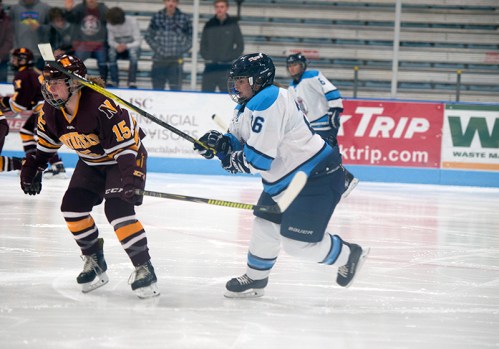 Daysha Luttrell clears the puck at home Tuesday night. The loss drops the Tigers to 2-3 on the season. - Tyler Julson/Albert Lea Tirbune 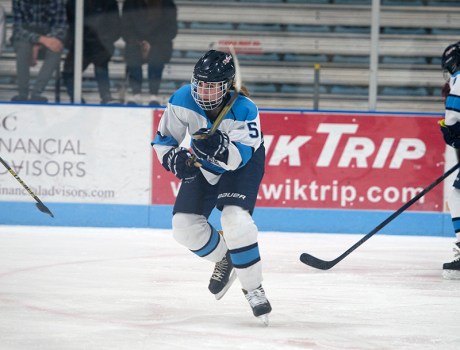 Albert Lea girls’ hockey team unable to get past Northfield

After trading wins and losses through its first four games of the season, the Albert Lea girls’ hockey team hosted Northfield Tuesday night in hopes of getting over .500 for the first time this year.

Unfortunately for the Tigers, Tuesday was not their night, as the Raiders dominated their way to an 8-0 win.

Albert Lea found itself in a power play situation early in the first period, however, was unable to convert as Northfield scored a short-handed goal just over two minutes into the period. Northfield committed another minor penalty one minute later, but the Albert Lea offense again failed to capitalize.

The Raiders added two more goals to their total before the period was over. The first came with just under 10 minutes left in the half and the second came with only 30 seconds remaining.

The Tigers were unable to get much of any momentum going, recording just one shot on goal throughout the entire period.

It was more of the same for both teams in the second period. While the Tigers kept the Raiders at bay for a while, the Raiders offense scored two goals within 40 seconds of each other midway through the period.

Albert Lea recorded four more shots on goal in the second, but none of them hit the mark. Northfield scored two additional goals in the last six minutes of the period.

Sophomore Malayna Thompson and junior Jaiden Venem were called for minor penalties in the second.

The Tigers only gave up one goal in the third and final period, which was set to continuous clock because of the goal differential. The Raiders goal came during a power play. Senior Daysha Luttrell was the only Tiger penalized during the period.

Albert Lea ended the game with 16 shots on goal. Northfield ended with 50.

The Tigers fall to 2-3 on the season and will play again Tuesday when they travel to Rochester to take on the Mayo Spartans. Their next home game is scheduled for Dec. 17 against Mankato East/Loyola.