Worth County development project to expand by 13 acres 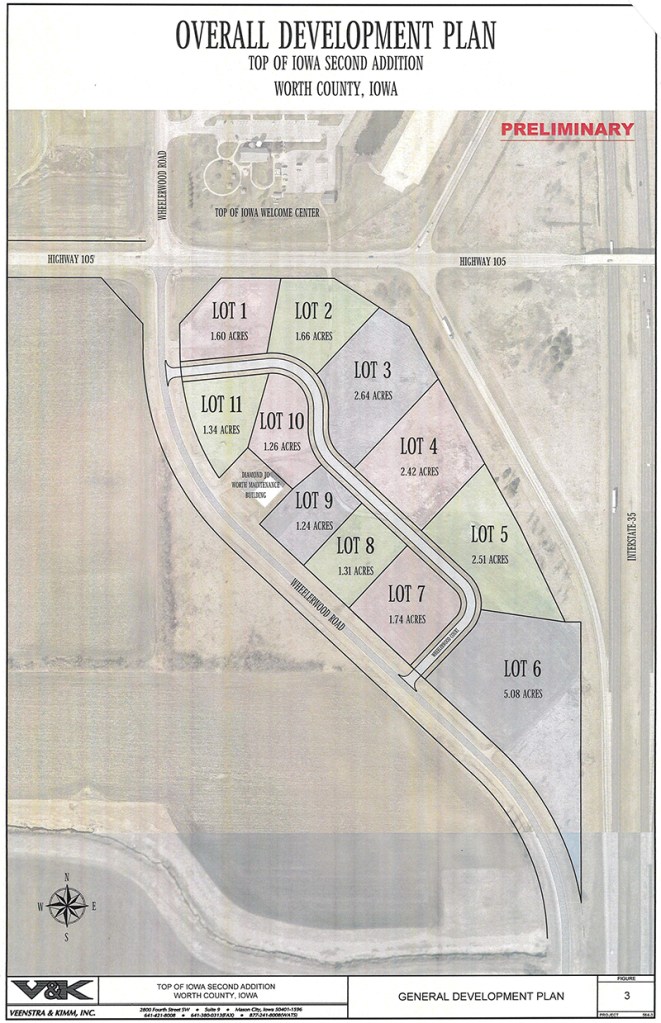 This preliminary general development plan was drawn up by Veenstra & Kimm Inc. - Provided

NORTHWOOD — Build it and they will come — at least that’s what Worth County Commissioner Ken Abrams hopes will happen once infrastructure is in place for the Top of Iowa Second Addition project. 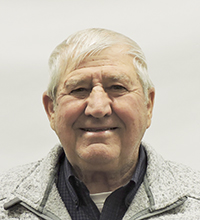 The project will subdivide and develop an 11-acre property south of State Highway 105 and east of Wheeler Road at the Interstate 35/Highway 105 interchange, which was already owned by the county. As of the beginning of October, the project has expanded by approximately 13 acres of land.

Abrams said Boyd Gaming — which owns Diamond Jo Casino — has verbally committed to gift the land to the county, and soon pen will be put to paper to cement the deal.

“It’s in the works,” Abrams said, noting he expected the paperwork to be finalized sometime in the next six weeks.

The commissioner said construction will begin in April and shovel-ready lots should be available sometime in the summer.

“We tried offering some of this land up for sale before and nobody was interested,” Abrams said. “They want the property shovel-ready.”

The cost of installing the infrastructure, which will include sanitary sewer, storm sewer, utility connections and a street are anticipated to reach approximately $1.7 million.

“After the infrastructure is there then we’ll be able to set a price on the lots to see if there are any developers that would like to come in,” said Winn-Worth Betco Executive Director Melissa Michaelis.

Michaelis will help promote the area once the lots are ready, but Abrams said they’ve already had entities come forward and expressed an interest in the land. He said he could not divulge specifics — just that the parties were interested in opening a restaurant or a hotel. He said individuals from Fort Dodge, Iowa, have also showed interest in creating an Iowa racing museum.

The land is zoned for commercial or retail use — which could benefit the casino and will add to the Worth County tax rolls.

“That land is no good to use without development,” Abrams said. “Plain and simple.”