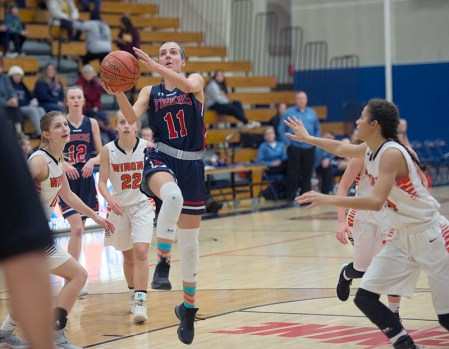 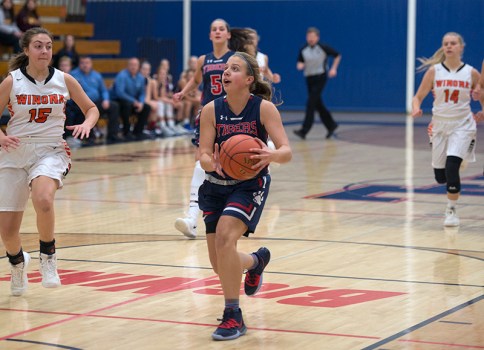 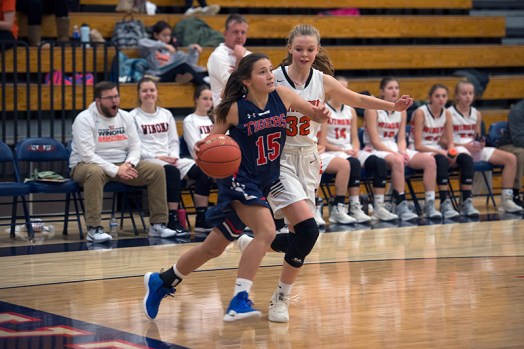 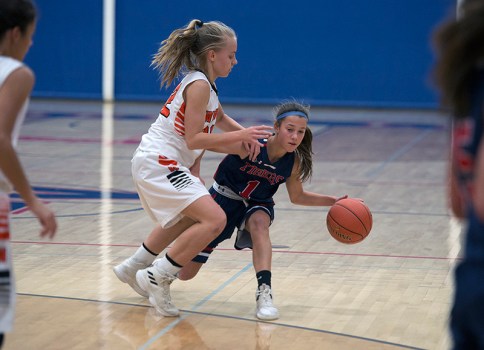 Despite allowing a small second-half comeback by the Winhawks, the Tigers relied on a big first-half lead to guide them to a 63-42 victory.

Unlike Friday night, it took longer than the first possession for the Tigers to find their stride offensively. Thankfully for the Tigers, their defense stepped up and stifled the Winhawks.

It took about three minutes of gameplay for either team to find their first field goal of the game, which came from sophomore Taya Jeffrey. Senior Sam Skarstad already had the Tigers up 2-0 with early free throws.

Once Albert Lea found its groove, it opened up a big lead, going on a 14-3 run before Winona was forced to call a timeout with just over seven minutes left in the half. The timeout failed at slowing down the Albert Lea offense, as it came out and extended the lead to 27-8 with under two minutes remaining in the half.

A big part of the Tigers’ scoring was their time at the free throw line. Due to Winona’s aggressive style of defense, the Tigers found themselves in the bonus with over eight minutes left to play in the first half. The Tigers ended the half 13/16 from the line and with a 29-11 lead.

The Winhawks were held to just five made field goals in the half.

Albert Lea came out to a bit of a lull in the second half and saw its 18-point halftime lead trimmed to single digits midway through the period.

Despite the second-half scare, the Tigers held on with a strong defensive performance to pull out the win. The turning point for the Tigers came with around five minutes left to play, when Juveland converted on an and-one opportunity to put the Tigers back up by 10. Espinosa hit a three a short while later to shore up the win.

Skarstad led with 18 points and Jeffrey was right behind with 17. Juveland totaled 12 points, while Espinosa notched nine. Senior Ashley Butt and Mallory and Madison Luhring combined for six.

The Tigers move to 2-1 on the season and will play again Friday, when they travel to take on the Huskies of Owatonna.