Albert Lea gets first win of the season 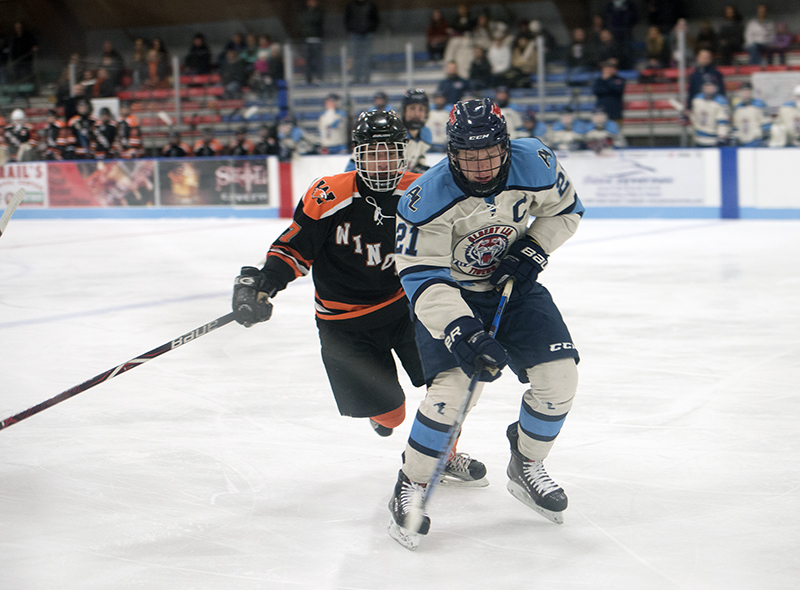 Albert Lea senior Campbell Cichosz races to the puck Tuesday night against Red Wing. Cichosz had one goal and one assist in the 5-2 win over the Winhawks. - Tyler Julson/Albert Lea Tribune

After a week-long break following its season opener, the Albert Lea boys’ hockey team hosted Winona Tuesday night still in search of its first win of the season.

The Tigers used a two-goal second period to pull ahead and ultimately beat the Winhawks, 5-2.

The Tigers got on the board first with a goal less than four minutes into the first period. Junior Blake Ulve scored off an assist from senior Danny Chalmers to convert on the power play opportunity.

The Winhawks found themselves in a power play four minutes later when junior Caden Severtson was put in the penalty box. The Tigers held strong, however, and did not allow the tying goal.

Junior Logan Barr was called for a minor penalty when the period expired, putting him in the box to start the second period. 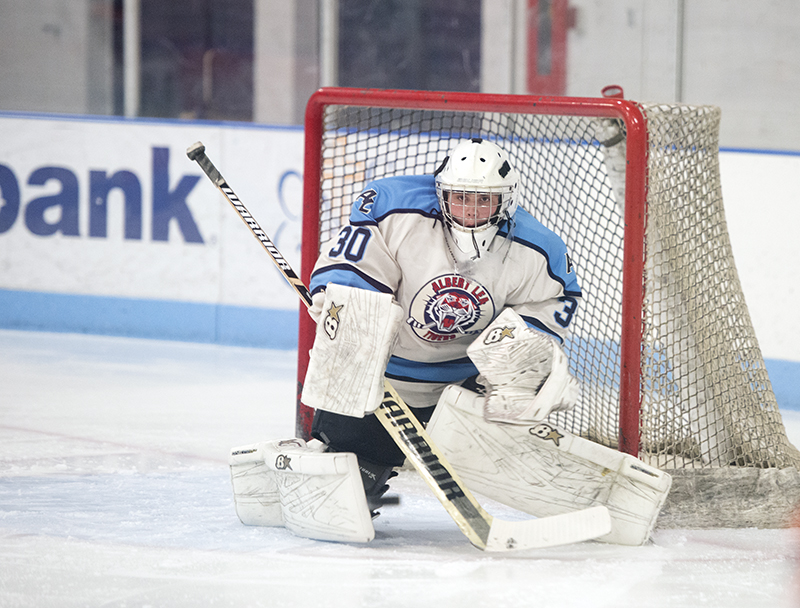 Senior Owen Zelenak was called for a minor penalty six minutes into the second and Winona capitalized, scoring on the power play opportunity.

However, the tied game did not last long. Barr scored an unassisted goal just over a minute after Winona tied the game. One minute later, senior John Jensen scored a goal assisted by Chalmers and senior Campbell Cichosz.

Up 3-1, the Tigers cruised through the rest of the second.

The Winhawks started to claw their way back into the game in the third with a goal four minutes in. However, the Tigers answered right back to widen the gap back to two with an unassisted goal from Cichosz.

Ulve all but ended the game with the Tigers’ fifth goal with under three minutes left in the period.

The Tigers improve to 1-1 on the season and will play again Thursday night when they host the Packers of Austin. 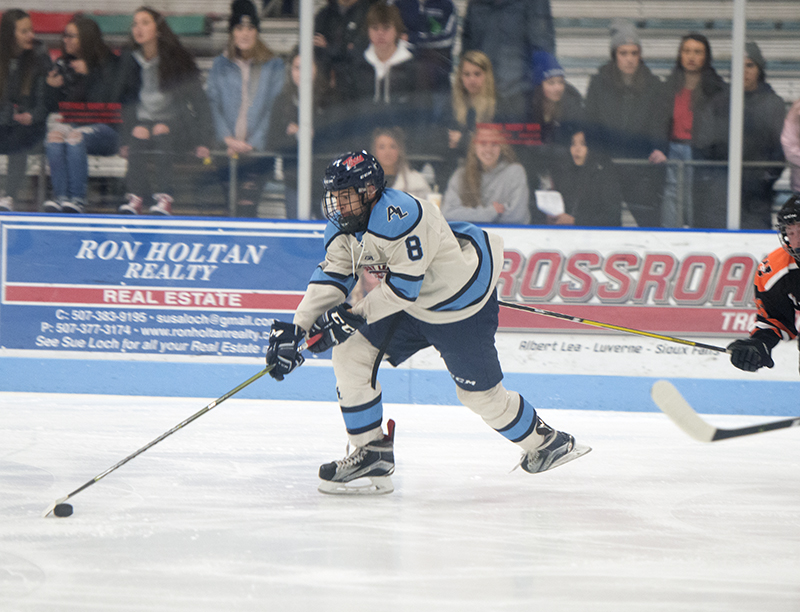