All is calm, all is bright 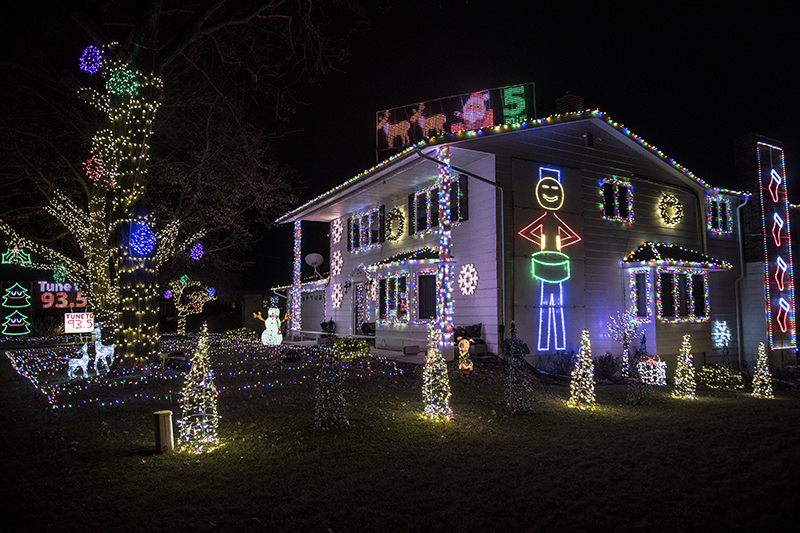 The Carter Christmas Lights Show is back for its second year in Albert Lea. - Colleen Harrison/Albert Lea Tribune

The Carter Christmas Lights show has returned for its second year in Albert Lea, after being in Austin for four years prior.

The show, put together by Mike and Freddy Carter at their Albert Lea home, was a hit last year and is sure to remain one in 2019.

“Our neighbors have been very supportive of the lights display, even bringing their kids and grandchildren over to watch,” Mike Carter said. “A neighbor has even considered hosting a fundraiser select nights, offering seasonal favorites fully embracing the holiday spirit for visiting spectators.”

This year’s show will use over 38,000 LED lights and is synced to three different Christmas songs: “Winter Wonderland/Here Comes Santa Claus Remix” by Snoop Dogg and Anna Kendrick, “Mistletoe” by Justin Bieber and “Deck the Rooftop” by the cast of “Glee.” Those attending the show can tune their radio to 93.5 FM to hear the music the show is synced to.

“We are always seeking out the right mixture of modern Christmas songs to allow for a complete show,” Mike Carter said. “While we don’t target a certain number of songs, our goal is to provide an eye-catching sequence that is between four to six minutes in total length.”

New to this year’s display is Santa Claus and his reindeer on top of the house’s roof, four jumbo stockings with an outline of the chimney 30 feet tall, and mistletoe over the driveway. In total, those features added 4,000 additional lights to last year’s total. The Santa and reindeer feature on the roof was the most ambitious and required the most planning, Mike Carter said. Placing two large RGB Pixel TVs for Santa and his reindeer called for numerous engineering calculations to ensure the feature remained safely mounted with wind and snow, he added. 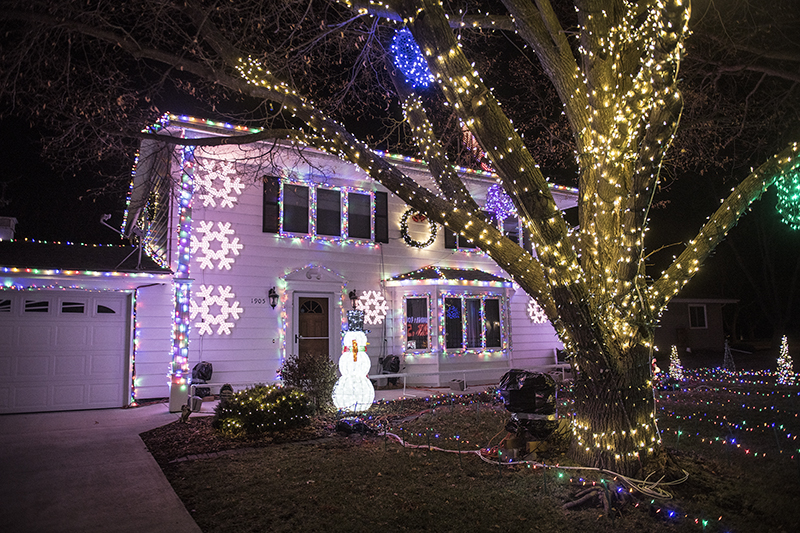 Shows run every 10 minutes and are synched to a mashup of three different Christmas songs. – Colleen Harrison/Albert Lea Tribune

The show is definitely a labor of love. Mike Carter said this year’s audio track was assembled by mid-December 2018, and sequencing began in February of this year and finished in August. They started putting lights up the last weekend in September and had the setup complete by Halloween. Between Halloween and the show going live last weekend, the show was continuously tweaked to work out any last-minute bugs.

The Carters have enjoyed bringing the show to Albert Lea, which they moved to last year to be closer to area lakes.

“We really enjoy seeing the community visiting the display. It is very fulfilling when we come home and see numerous cars lined up waiting to watch the show, families congregating outside and folks taking photos with our display,” Mike Carter said. “It is such a joy that others participate in our love of the holidays, creating lasting memories.”

The Carter Christmas Lights Show, in addition to brightening up the holidays, helps others as well. The show collects donations for different nonprofits each year. This year’s donations — which can be deposited in between shows in the driveway of the Carters’ home or can be donated online at www.carterxmas.com — will go toward the Juvenile Diabetes Research Foundation.

“After last year’s show, a neighbor approached us asking if we could select JDRF as the 2019 charity. JDRF has direct impact on her family, specifically her daughter, who was born with Type 1 diabetes,” Mike Carter said. “Provided the broad impacts of Type 1 diabetes in our community, we agreed it would be a great cause for a fundraiser. All donations will be given to JDRF with the requirement that they are used for research purposes only.”

Shows run every 10 minutes from 5 to 9 p.m. Monday through Thursday, 5 to 10 p.m. Friday and Saturday, and 5 to 9 p.m. Sunday. Shows on Christmas Eve and Christmas Day will also run until 10 p.m. The shows will run through the end of the year. The Carters asked that those attending the show, which is at 1905 Brookside Drive, use Bayview Drive to circle around to view the show on the right for both the best view and to be respectful of traffic flow in the neighborhood.

Where: 1905 Brookside Drive in Albert Lea; guests are asked to use Bayview Drive to circle around to see the show

How much: there is no charge to watch the show, but donations are being collected for the Juvenile Diabetes Research Foundation