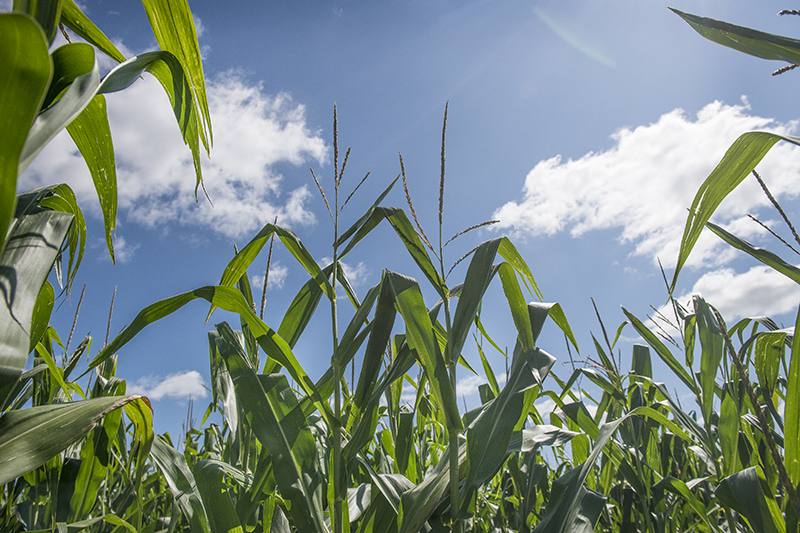 Farmers, known for being stoic and self-reliant, might consider asking a friend or neighbor for help getting a tractor unstuck from a muddy field.

But when they’re facing crop failure or foreclosure — or losing the family farm — that independent streak can make it tough for farmers to ask for help. They often bear their stress and anxiety alone.

At worst, some take their own lives.

“We know that farmers, and especially just in general in rural communities, they are disproportionately affected by deaths by suicide,” said Amy Lopez, suicide prevention coordinator for the Minnesota Department of Health. “And there’s such a pervasive level of stigma as it relates to seeking help, especially for mental health services.”

A new program is training people in the agricultural community to reach out when they see a farmer struggling.

The state agriculture and health departments teamed up to offer the sessions, which have been held around Minnesota. They use a suicide prevention training program, safeTALK, tailored for people who work with farmers on a daily basis — lenders, insurance agents, veterinarians, health care providers and clergy, among others.

Nationally, the suicide rate among farmers is on the rise, as low commodity prices, extreme weather and trade uncertainty are causing financial and emotional stress.

As the number of suicides in the United States has climbed in recent years, suicide rates have risen fastest in rural areas. Suicides among farmers are one and a half times higher than the national average, according to the Centers for Disease Control and Prevention.

At a recent session in dairy-rich Stearns County, about 30 people listened as Glen Bloomstrom, a retired Army chaplain and suicide prevention trainer with LivingWorks Education, said farmers are dying by suicide in staggering numbers, largely due to financial stress. Many are living on the same income as 15 years ago, he said. 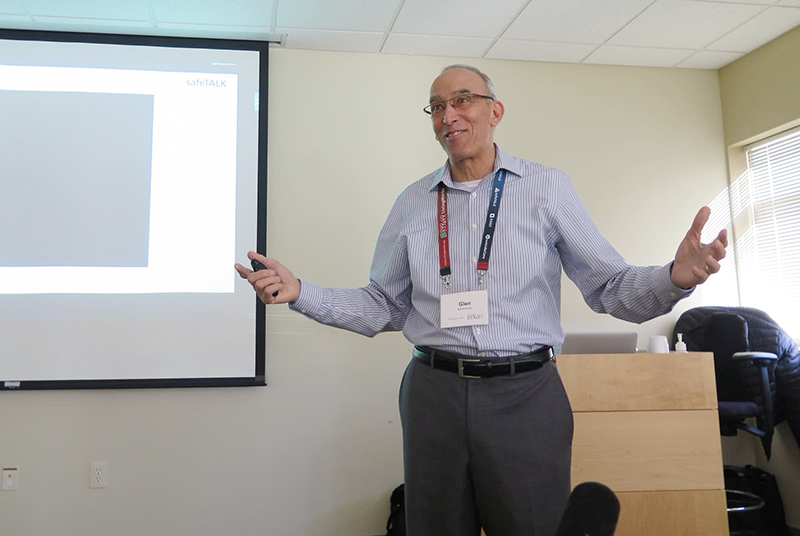 Glen Bloomstrom, a suicide prevention trainer with LivingWorks, talks about the prevalence of suicide in rural areas during a safeTALK session Dec. 4 in Waite Park. – Kirsti Marohn/MPR News

Bloomstrom told those attending the session that they can be a first line of defense against losing more farmers to suicide.

If people attending the session were expecting a dry lecture about mental health, they were in for a surprise. Bloomstrom takes a different approach: empowering people to watch for signs in how someone talks or acts that they may be considering suicide.

Most people with suicidal thoughts haven’t fully made up their minds, he said.

Bloomstrom encourages people to do something that feels very uncomfortable: act on a hunch that something is wrong. Tell the person what you’ve noticed, then ask them directly if they’re thinking about suicide.

He demonstrated by pretending he’s talking to a distraught farmer: “Sometimes when people are missing work, worrying about things, withdrawing from family and friends — or on the brink of bankruptcy, or somebody that just lost your farm and you have an auction next week — sometimes, people might think about suicide,” he said.

Then, after a pause, voice soft with concern: “Are you thinking about suicide?”

For some people, being so forthright seems intrusive. One ag lender said he worries if he talks to a client about suicide, he might get a call from the client’s attorney.

But Bloomstrom said it’s OK to be nosy if you’re asking out of care and concern, and saving a life is worth losing a client or risking a lawsuit. He urges people not to fear getting involved or saying the wrong thing.

If the person responds by saying yes, they’re thinking about suicide, Bloomstrom advises staying with them, listening without judgment and connecting them with someone trained in suicide intervention, such as a mobile crisis team.

Jayme Krauth, a health educator for McLeod County, said farmers in her rural ag community are hurting, and many are reluctant to talk.

“So many people just feel like there’s nothing left and there’s no one to go to, and that everybody would be better off without them,” Krauth said. “If I was in that situation, it would be helpful for me to hear someone wonder if I’m OK.”

Those at the training say they hope to use their new skills when they encounter someone who needs help.

Kirk Newman, an agricultural lender in Cokato, came to the training because of a personal experience. A neighboring farmer died by suicide a few years ago.

“I don’t think anybody really had any idea that things were like that for him, because there’d been a lot of people that would’ve liked to have gone over and helped him if that was the case,” Newman said.

Newman said he hopes the training will make him more aware of what to do in such a situation.

“And if I’m able to help someone, well and good,” he said.

The training sessions have been full with a waiting list to get in. Three more sessions were added in Willmar, Mankato and St. Cloud.

If you are having thoughts of suicide, call the Minnesota Farm and Rural Helpline at 833-600-2670 or the National Suicide Prevention Lifeline at 800-273-8255 (TALK), or go to SpeakingOfSuicide.com for a list of additional resources.