Guest Column: It’s time to deck the halls and hit the deck

About 30 minutes after Labor Day has officially ended, I feel a strange compulsion to binge on my mother’s iced sugar cookies shaped like snowmen while listening to Nat King Cole croon about chestnuts. I usually resist breaking out my collection of “international” Santa figurines — including Las Vegas Santa indulging his gambling addiction on the slots — until after Halloween. But once I’ve polished off my kids’ trick-or-treat candy, I go into full-out Christmas-prep beast mode. 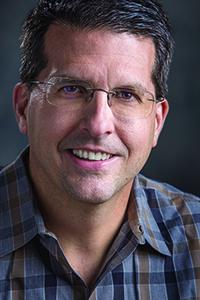 I realize that my premature Yuletide activities irritate some folks, and I place the blame partly on the retail economy, which starts celebrating HallowThanksMas around the time when we East Texans are suffering from acute Eskimo envy in the sweltering month of September. And I must admit that it’s a little disconcerting to go to Walmart for a new giant unicorn pool float and walk past a tempting display of Little Debbie Christmas Tree Cakes. Thankfully, I can usually limit myself to five or six family-size packs.

Another reason for my pre-season holly-jolly spaz attack is the sheer magnitude of our Christmas swag. I spend most of the year expecting our ceiling to collapse under the mass of Nativity sets, Christmas villages and countless other seasonal dust magnets stockpiled in our attic. In fact, I’m resigned to the probability that I’ll eventually be taken out by a Rubbermaid tub full of decorative nutcrackers. Seriously, though, I figure if I don’t start dragging out the décor soon enough, I’ll still be stringing up lights when it’s time to overdose on Velveeta dip and chicken wings during the Super Bowl.

As an example of our fanatical festooning, we don’t allow Santa to squeeze out of our gas-log fireplace until we’ve erected not one, but two Christmas trees in our living room. One serves as our “fashionable” tree, adorned with ornaments accumulated from several trips my wife and I took overseas — before we had our three daughters and started hemorrhaging wads of cash on dance lessons, cell phones and salted-caramel iced mochas.

The other tree features mostly homemade ornaments, many of which include photos of our daughters at various ages. This tree is a favorite of my wife and me, and when the girls aren’t vociferously expressing their unmitigated disgust at the pictures of themselves with toddler bangs or missing baby teeth, they secretly compete to see who can maneuver their own photo ornaments to the highest and most visible branches.

Eventually the tree develops a distinct top-heavy list, threatening to topple over and impale our full-figured Siamese cat, who spends most of the holiday lounging at the tree’s base and wistfully gazing upwards, wondering what it might be like to muster the energy to climb it — or even paw at a low-hanging baby Jesus made of Styrofoam and pipe cleaners.

The pinnacle of our home decorating frenzy involves the death defying installation of exterior lighting. Each year, I entertain the neighbors and risk permanent paralysis by hanging several strings of C-9 bulbs from the unnecessarily steep eves of our house. This process inevitably requires that I actually climb onto our roof for a public performance of uncoordinated acrophobia.

Taking the advice of my dad — a veritable Rembrandt of domestic holiday displays — I stay as low as possible while I’m scuttling around up there and trying to avoid hurling on the housetop. And I’m usually able to pick all of the shingle grit out of my ears and teeth by the new year.

Once all of the decorating is done and I’m in my easy chair nursing a pulled groin and a mug of hot cocoa with extra mini marshmallows, I look around at the twinkling lights, the radiant poinsettias and the stockings hung by the chimney-insert with care, and I realize that it’s worth all of the trouble.

And if I start packing all of this away shortly, I can re-decorate the house in time for Valentine’s Day.

Jase Graves is an award-winning humor columnist from East Texas. His columns have been featured in Texas Escapes magazine, The Shreveport Times, The Longview News Journal, and The Kilgore News Herald.