How did Albert Lea’s weather rank this year? 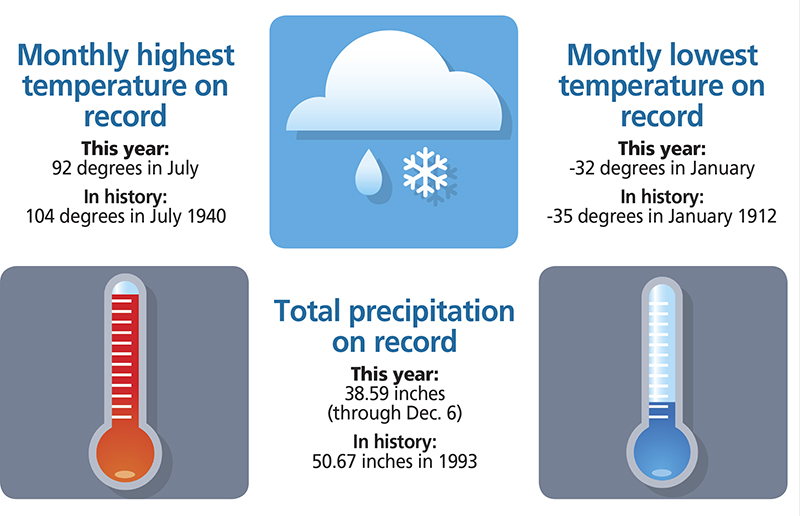 — Information from the National Weather Service

Though Albert Lea had a more eventful year of weather than in many years past, the city did not break any records in temperatures or precipitation, according to the National Weather Service.

Chris O’Brien, meteorologist with the Chanhassen office of the National Weather Service, said the area got off to a late start for the 2018-19 winter, but then in January “the bottom fell out,” bringing lots of cold and snow.

Despite heavy snowfall in January and February, Albert Lea came close but did not surpass both monthly and seasonal records for snowfall.

Total precipitation is also not likely to break a record this year.

The year with the most annual precipitation, which includes both rainfall and melted snow, was in 1993, when Albert Lea received 50.67 inches of precipitation, O’Brien said.

So far this year, Albert Lea has received 38.59 inches.

O’Brien said it looks like it is going to be a long winter with snowfall starting in October, but so far the Climate Prediction Center indicates it will likely be a neutral year.

“We will have to see how it plays out,” he said.

Top 10 years of precipitation in A.L.

— Information from the National Weather Service