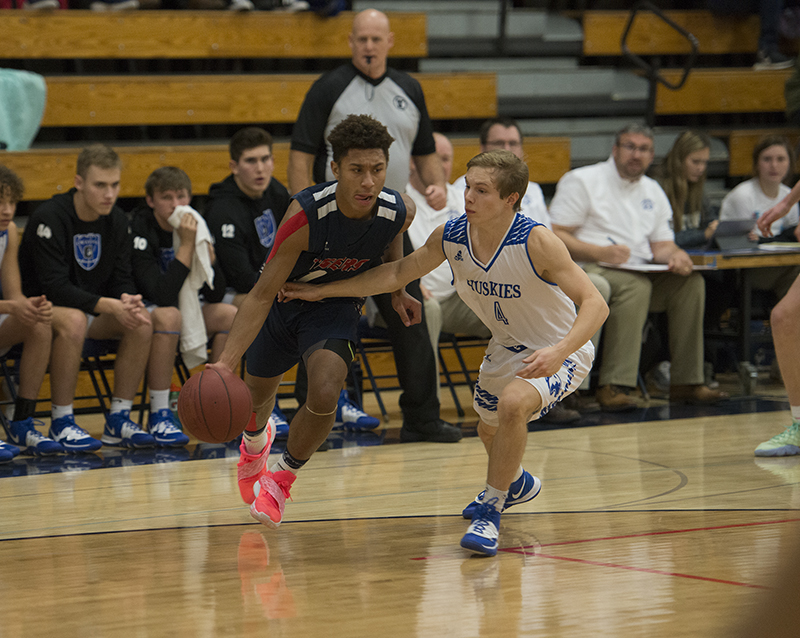 Despite a charged comeback attempt in the second half, the Tigers were never able to take a lead over the Huskies, falling 69-61.

The Tigers jumped out to a quick 8-3 lead through the opening minutes of the first half thanks to buckets from seniors Chay Guen, Andrew Wilner and Connor Veldman. The Huskies could not be kept down for long, however, as they quickly caught the Tigers with multiple three-point shots. Back-to-back-to-back threes from the Huskies put them up 17-11, forcing the Tigers to call a timeout to regroup.

The timeout seemed to work for a while as Albert Lea pulled to within one point with six and a half minutes remaining in the half.

The Huskies, however, caught fire once again and went off for a 15-4 run. Veldman went on to score seven of the Tigers’ final nine points of the half to bring the deficit back to single digits before the half. The Huskies led 40-31 as the teams headed to the locker rooms. 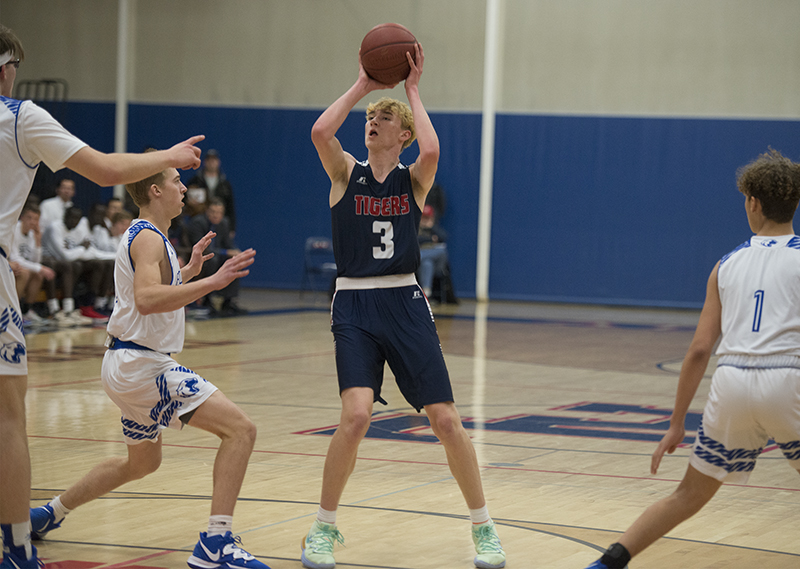 Senior Koby Hendrickson pulls up from the free throw line Friday night against Owatonna. Hendrickson scored eight points in the game, all of which came in the second half. – Tyler Julson/Albert Lea Tribune

Turnovers by the Tigers were a big factor in the large runs by the Huskies. The Tigers also had trouble getting their shots to fall. While they were able to get to the rim on most possessions, the shots missed their mark more times than not. Of the Tigers’ 11 field goals in the first half, six were from three-point range.

Veldman led in scoring at the half with 15 points. Senior JJ Mucha-Owens had 11, while Guen and Willner had two and three, respectively.

Albert Lea came out with a big surge of momentum in the second half, trimming the lead to three with a 12-5 run. The run was highlighted by a monster break-away jam from Guen and a driving and-one play from senior Koby Hendrickson.

While the comeback attempt brought the crowd to its feet, Owatonna once again took control with a 14-7 run.

Once again, the Huskies took the lead to double digits and the Tigers were unable to will their way back into the game.

Veldman finished with 20 points and Mucha-Owens was right behind with 18. Guen added 10 points in the second half to being his total to 12. Hendrickson scored eight and Willner scored three.

The Tigers lose their second straight and fall to 2-2 on the season. They will play again Tuesday when they travel to Mankato to take on the West Scarlets.