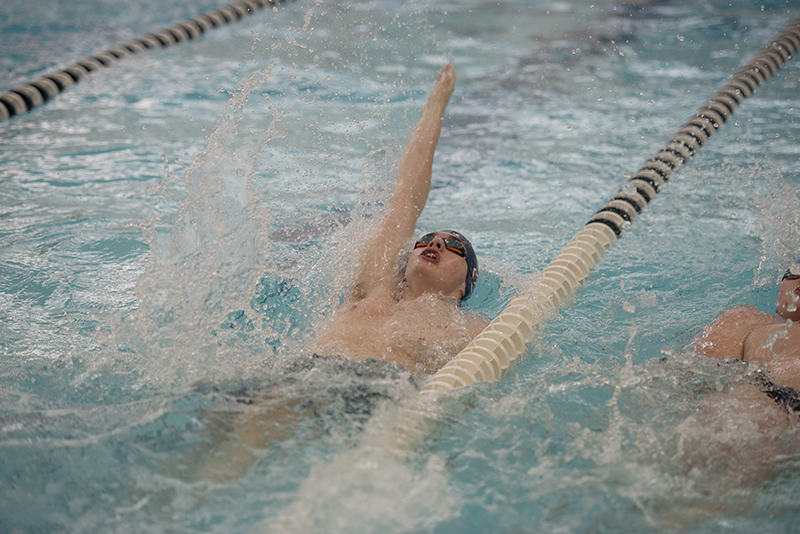 Albert Lea sophomore Jakob Malakowsky swims the opening portion of the 200-yard medley relay. The Tigers came in second place of the event with a time of 2:04.59. - Tyler Julson/Albert Lea Tribune

While there were some bright spots for the Tigers, the short-handed team was unable to keep up with the depth of the Huskies roster.

The meet started with the 200-yard medley relay, in which the team of senior Garrett Everett, junior William Taylor, sophomore Jakob Malakosky and freshman Pacey Brekke came in second place with a time of 2:04.59. Albert Lea also raced the team of freshmen Charlie Brekke, Cannon Kermes, Luke Wangsness and eighth grader Jacob Taylor, which came in fifth place with a time of 2:38.10. 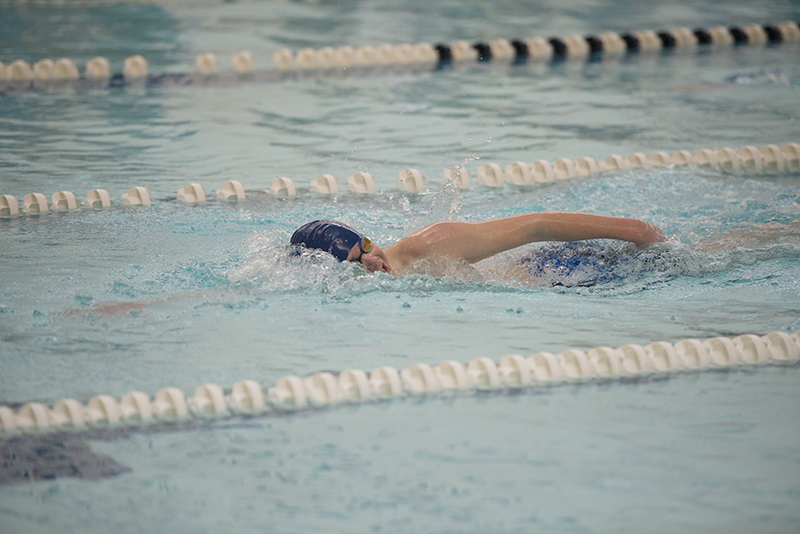 After a break for the diving portion and a short warmup period, William Taylor recorded another first-place finish in the 100-yard butterfly with a time of 1:03.67.

It was Garrett Everett’s turn for a first-place finish in the next event. He won the 100-yard freestyle with a time of 56.83. Lucas Everett also swam in the event, taking fifth place with a time of 1:15.26.

Albert Lea came in third place in the 200-yard freestyle relay, with the team of Malakowsky, Garrett Everett, Pacey Brekke and William Taylor finishing with a time of 1:52.06.

In the final event of the night, Pacey Brekke, Charlie Brekke and Josh Everett came in second, fourth and fifth, respectively, in the 100-yard breaststroke.

The Tigers will be back in the pool Saturday afternoon when they travel to Mankato East for an invitational.