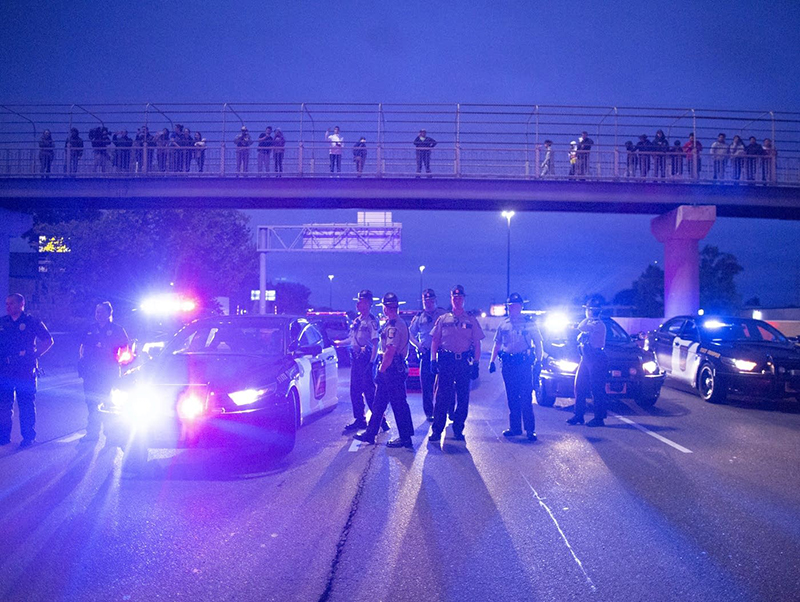 It was in July 2017 that two young cops were dispatched to southwest Minneapolis on reports of a possible assault. The 911 caller, Justine Ruszczyk, approached the police SUV in the alley behind her home. The officer in the passenger seat, Mohamed Noor, shot her through the open driver’s side window.

Noor had been licensed as a police officer for less than two years. His partner had just one year under his belt.

That Noor was relatively green when he killed Ruszczyk is hardly an anomaly. When it comes to fatal police shootings in Minnesota, less experienced officers are more likely to pull the trigger.

An analysis of state licensing data by MPR News shows that police officers who fired their weapons in fatal shootings in the last five years generally had less time on the job than typical officers licensed in the state. The median officer who opened fire had been licensed for just about seven years, while the typical active officer in the state has twice that experience.

That doesn’t come as a surprise to most people in law enforcement. Cops with less experience are often put into less desirable assignments in higher-crime areas, where it’s more likely they’ll be put in a position to use force.

But awareness of the challenges faced by less experienced cops is growing in law enforcement circles. As officers face more pressure from the public to reduce how often they use force, some law enforcement officials and trainers are taking steps to help support newer officers and offer them more options.

The typical career path for officers is to start on patrol, move into special assignments pursuing fugitives or serve warrants, and then maybe into jobs like detective, where they don’t interact as often with the public, said David Klinger, professor of criminology and criminal justice at the University of Missouri and a former patrol officer for the Los Angeles Police Department.

“If we think about who is involved in interactions with citizens, the type of confrontation where an officer would have a lawful warrant to shoot, it’s going to be officers who tend to be on the younger side of the 20-plus-year career as opposed to officers on the older side,” Klinger said.

Officers in many departments also bid on assignments based on seniority, a process outlined in their union contracts, said Plymouth Police Chief Mike Goldstein.

“They might pick shifts that tend to be less busy, that tend to be in maybe quieter areas of the community,” Goldstein said. “That’s not the rule, it certainly isn’t an exception either.”

“There is still a mindset that new recruits have to be sort of blooded into the profession,” Densley said. “There’s a sort of weirdness to this, because these are the youngest, most inexperienced officers, and yet they’re the ones policing the most challenging circumstances.”

It’s routine for rookie officers to be expected to pull 12-hour night shifts in areas where there’s more crime. Densley said some of those work conditions put younger officers at risk of burning out or accumulating trauma in the job, which they then bring back into the community.

“When you talk to peace officers, they’ll say that they don’t like the way things are, but they also don’t like change,” Densley said. “That creates this conflict where everybody knows there’s a problem, yet the prospect of radical change is also pretty daunting and is maybe not something that’s getting a lot of traction within within departments.”

How much does experience matter?

There’s no good national data showing whether officers with less experience are more likely to be involved in shootings, said Klinger, of the University of Missouri. But he sees that there could be possible benefits to having more experience in a tense situation.

“Time on the job does generally, though not always, give police officers a broader and deeper pool of experience to read situations,” Klinger said. “A veteran officer who has been involved in multiple situations, let us say where suspects have guns, might well be less likely to shoot than a young officer who doesn’t have that same baseline.”

Klinger remembers transferring from the LAPD to the police department in Redmond, Wash. Many of the officers there had never encountered suspects who were carrying firearms, so when they did, it was a big deal.

Because there’s not extensive national evidence looking at scenarios, Klinger said it’s also possible that younger officers could be better than older officers in some circumstances, including when they need to use less physical force on a suspect. That’s because younger officers are generally stronger and might not feel the need to resort to their weapons.

Densley said early experience on the job can mold the officer in positive and sometimes negative ways.

“You speak to police officers and they’ll tell you that the best learning is really happening on the job,” Densley said. “If you don’t have that experience, it can be really challenging when you’re confronted for the first time with a serious threat or a life or death situation.”

Law enforcement has been under close scrutiny from the public and media in recent years. A number of high-profile shootings by police officers have led to public protests and calls for reform.

That pressure has helped make law enforcement officers even more aware that the public, and even millennial recruits, expect officers to possess what could be described as “soft skills,” said Chief Goldstein.

There have been other recent developments in law enforcement that could influence the challenges less experienced officers face in the future. A law went into effect last year that requires all police officers to be trained in de-escalation techniques. Goldstein said many departments, including his own, are trying to “front load” those sort of trainings for new hires.

Some departments are also ramping up support for new recruits within the department itself.

In Plymouth, new hires are paired with experienced officers for 16 weeks of field training, and after that, each officer is paired with a mentor for a year.

“We do try to assign them to shifts where there are more seasoned officers for their first year,” Goldstein said. “So, they can sort of lean on folks to ask questions and get guidance and seek support.”

Some law enforcement leaders in the state are also pushing to incorporate more training on de-escalation and mental health crises within criminal justice education, before officers even set foot on patrol. Criminal justice programs are starting to adjust curriculum to emphasize skills that are “transferable to the realities of policing,” Densley said.

Police officers are aware that community expectations of them are shifting, especially in regards to the use of force, Goldstein said, and officers need to be equipped to provide the best possible service to the public.

“Police officers today and police officers of tomorrow are going to want to do whatever they can to preserve the sanctity of life,” Goldstein said. “We want to be caretakers, we want to be guardians and we sometimes have to be warriors.”