Prairie Profiles: ‘It’s a challenge — I love it’ 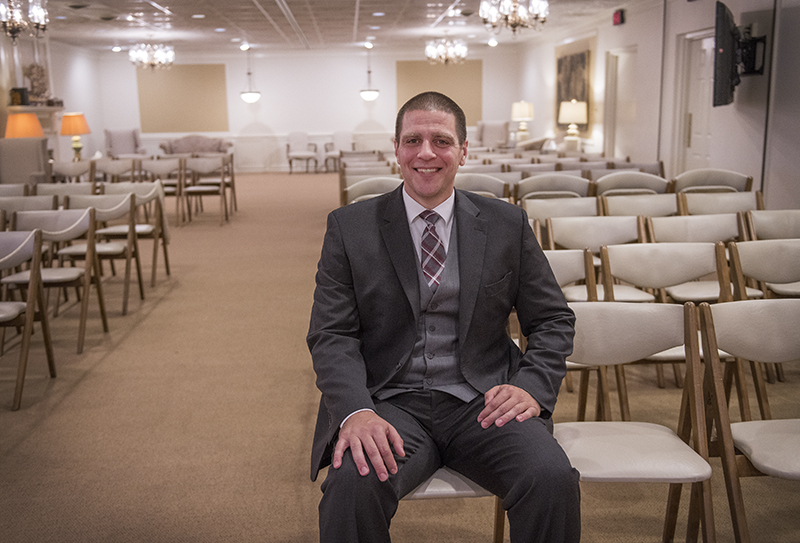 Josh Fossum was in college working on a biology degree when his father, who worked in a hospital, suggested a career in mortuary science.

“I looked into it, became interested, and didn’t really look back,” Fossum said.

That was nearly 20 years ago.

Fossum got his bachelor’s in mortuary science from the University of Minnesota. He started his career in Morris at a small-town funeral home before moving to St. Paul to work with a funeral service in Highland Park. He became the manager of Bayview/Freeborn Funeral Home on April 1 of this year.

Bayview is a full-service funeral home, Fossum said, which means it covers everything from the time someone passes to preparing them for their funeral, handling arrangements, burial or cremation, preplanning, monument selection and everything in between. Fossum is working on becoming a licensed insurance agent as well to help people with that part of the process.

The funeral home has switched to selling monuments through Albert Lea’s Star Granite, as Fossum said he wants the funeral home to be “as community-owned as you can get.” He said the move has been mutually beneficial.

The funeral business is a 24-hour one, and Bayview answers its phones 24/7, Fossum said. It can be a difficult job.

Fossum said there’s no right way to approach a family making arrangements for a loved one, as everyone grieves differently. For Fossum himself, any funeral arrangements for someone younger are always difficult for him, especially as he is a father of three.

While Fossum said he is fairly adept at leaving secondhand trauma like that at work, it can be emotionally exhausting at times, especially when you live in a smaller town where running into the families you’ve worked with is inevitable. At the same time, though, he said seeing those families later on out in public brings a sense of closure as well.

“When I do funeral arrangements, it’s like being a member of that person’s family for a short amount of time,” he said. “Seeing them be OK after that always feels good.”

Fossum said he is glad to be in Albert Lea.

“This is the best move I’ve ever made,” he said.

He loves downtown Albert Lea, he said, and the people he has met here have been friendly. He already feels like he has been received as a member of the community.

Fossum is a member of Daybreakers Kiwanis and attends St. Theodore Catholic Church when he can — his job doesn’t always allow consistent attendance. Fossum said he also enjoys taking part in fundraisers and being a part of the community.

The staff Fossum works with has also made the move a good one for him. He has two other funeral directors at Bayview, one of whom came with Fossum from the last funeral home he worked at.

“We have a great staff — the best I’ve worked with,” he said. “They make it as fun as it can be working at a funeral home.”