The Knights fall to the Lions 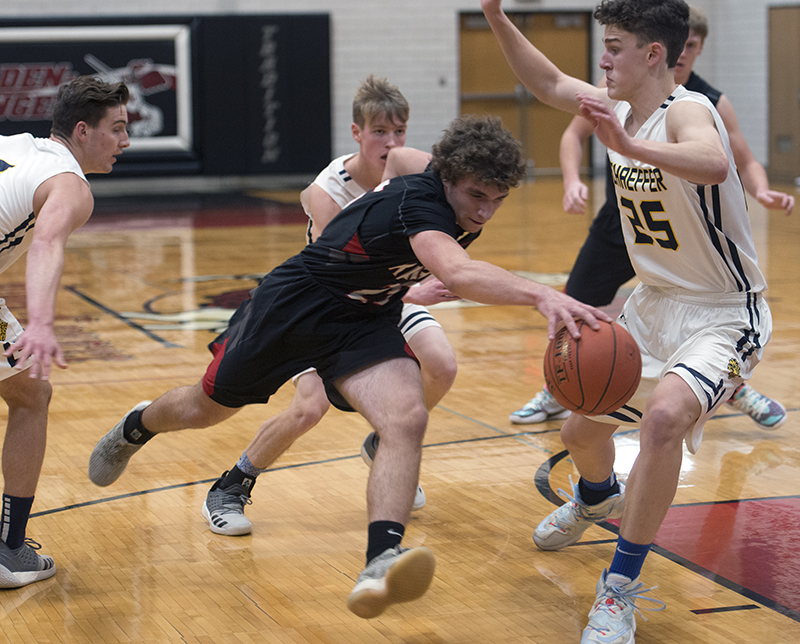 Alden-Conger’s offense struggles to get going in season opener

The Knights struggled offensively in the first half, with only two players getting on the board. The production picked up in the second half, but the Lions built up too much of a lead, winning 69-36.

It took awhile for the Knights to get on the board after the opening tip. Junior Ashton Springer put the first points on the board with back-to-back free throws. The first basket from the field came nearly three minutes into the game by way of a three-pointer from senior Justin Nemec.

Springer and Nemec were the only players to score for Alden-Conger in the first half. The duo traded baskets throughout the half.

Turnovers were a big part of the Knights’ struggles in the half. When they would find an open shot, they had trouble getting them to fall. Fortunately for the Knights, the Lions offense could not find its stride in the opening portion of the half. 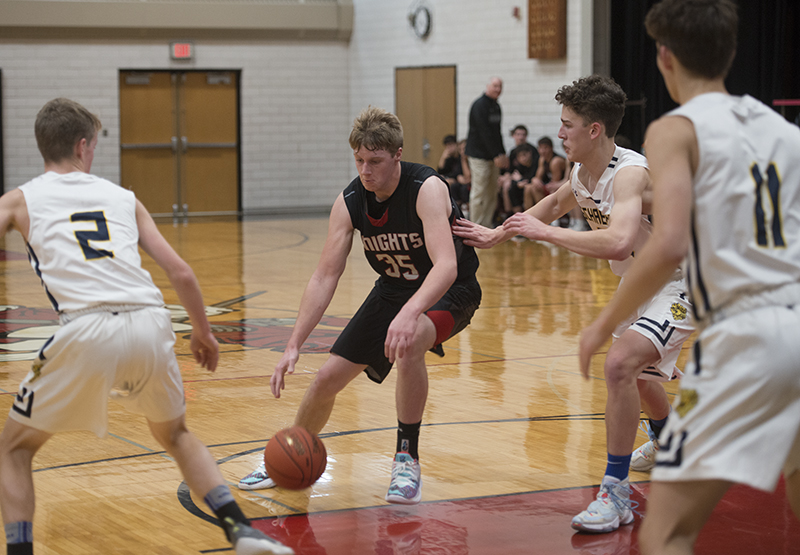 Alden-Conger was down 25-13 with around five minutes left in the half, when Schaeffer Academy went on a 13-0 run to head to the locker rooms with a 38-13 lead. Springer had eight points and Nemec had five points at the half.

The Knights came out in the second half to a much higher shooting percentage. They started driving the lane with intent and ended up going to the line a handful of times in the opening minutes.

Through the first five minutes of play in the second half, Alden-Conger was able to match its point total from the entire first half.

Four other Knights also got on the scoreboard in the half. Juniors Isaac Burgett, Aiden Cummings, Derek Miller and Anthony Graham all put points on the board.

While the Knights offense was stronger in the second half, so was the Lions’. The Knights trimmed the lead 18 points midway through the half, however, the Lions used another big run to pull away for good.

Springer ended the game as the leading scorer with 15 points. Nemec had 12 and Graham had four, while Burgett and Cummings each had two.

The Knights fall to 0-1 to start the season and will play again Tuesday when they host Goodhue. 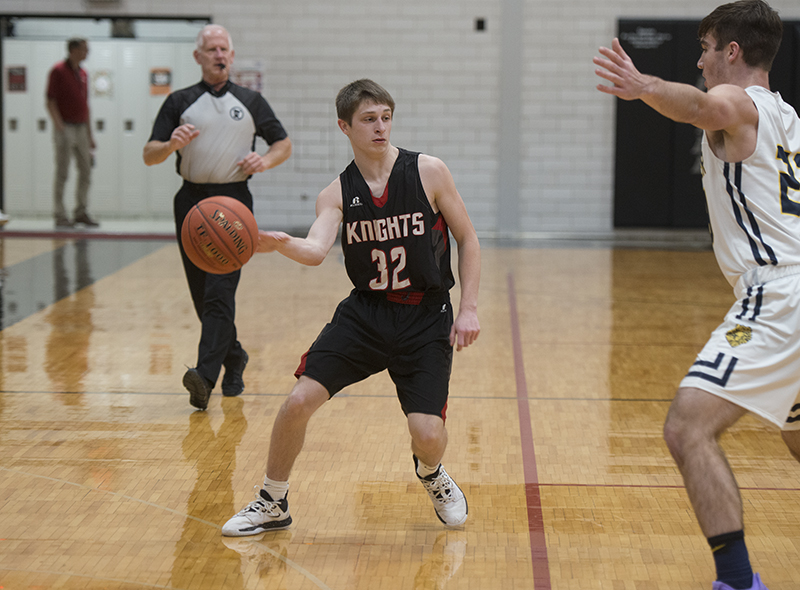