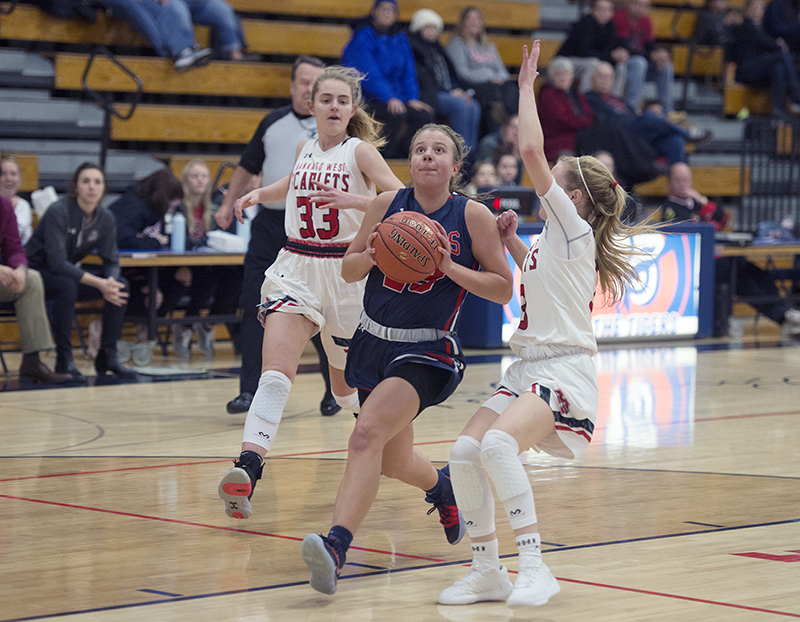 Off to its hottest start in over a decade, the 4-1 Albert Lea girls’ basketball team hosted 3-2 Mankato West Tuesday night.

The Tigers’ four-game win streak was toppled, as the Scarlets took a large lead in the first half and never let it go, dropping the Tigers 81-48.

Both offenses came out of the gate slow, with neither team able to find a basket through the opening two minutes. The Scarlets scored the first points of the game, but the Tigers answered back quickly with an easy basket under the hoop from sophomore Jordan Juveland.

Albert Lea took a quick timeout after giving up another basket, trailing 4-2 at the 14:07 mark in the first half. Mankato West came out of the timeout with a burst of momentum and proceeded to go on a 12-1 run, forcing Albert Lea to call its second timeout of the half, down 16-3 with 11:56 remaining.

The Tigers fought back slightly, cutting the lead to single digits with about six minutes left in the half. However, back-to-back threes from the Scarlets forced another Tigers timeout, now trailing by 15 points.

Both teams battled back and forth in the remaining minutes of the half with the lead never growing to more than 15, but not diminishing to less than 10. The Mankato West full-court press played a big role in the Tigers’ struggles in the half. The Scarlets forced a turnover after a made basket on more than one occasion. 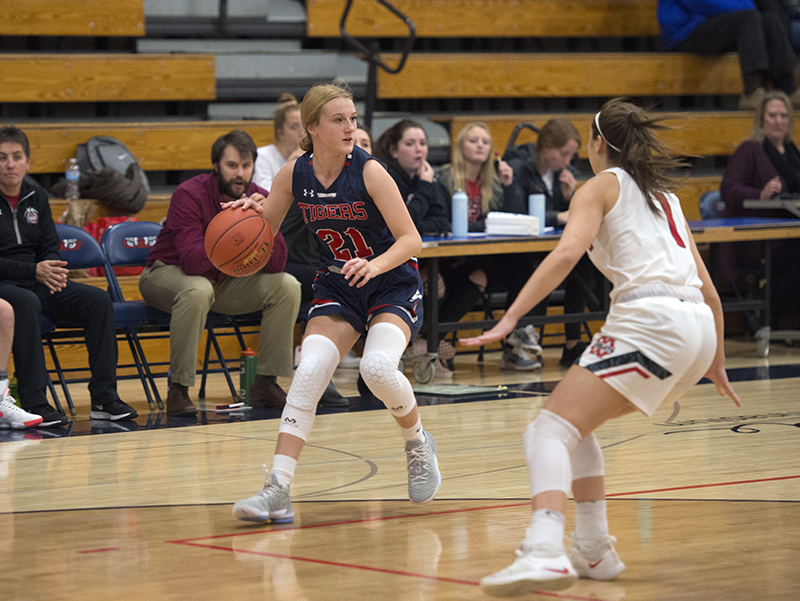 Junior Mallory Luhring advances the ball early in the game Tuesday night against Mankato West. The Tigers drop to 4-2 on the season after the loss. – Tyler Julson/Albert Lea Tribune

On a positive note for the Tigers, the Scarlets’ physical brand of defense led to the Tigers reaching the bonus and double bonus fairly early in the half. The Tigers had 10 points from free throws in the half.

The Scarlets came out in the second half and quickly extended the lead to 16 points, but the Tigers used a small comeback to once again trim the lead to single digits. The run was in large part thanks to the play of sophomore Annika Veldman, Jeffrey and Skarstad.

However, just when it seemed like Albert Lea was creeping back into the game, the sharp shooting of Mankato West moved the lead to over 20 points.

The Scarlets kept their foot on the gas the rest of the game, going on to hand the Tigers their first home loss of the season.

Skarstad led the Tigers in scoring with 15; Jeffrey was one point behind with 14. Juveland and Veldman each finished with four, while Butt, Luhring, freshman Kristina Espinosa and sophomore Lindsey Bizjak combined for nine.

The Tigers fall to 4-2 on the season and will be back on the court Thursday when they head to Stewartville to take on the 3-3 Tigers. 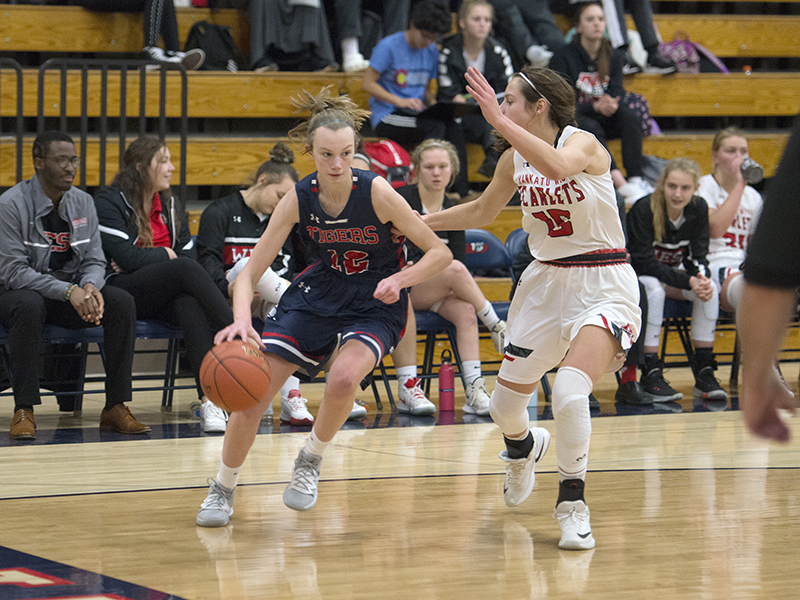 Albert Lea sophomore Jordan Juveland drives the baseline Tuesday night at home. The loss to the Scarlets was the first home loss of the season for the Tigers. – Tyler Julson/Albert Lea Tribune