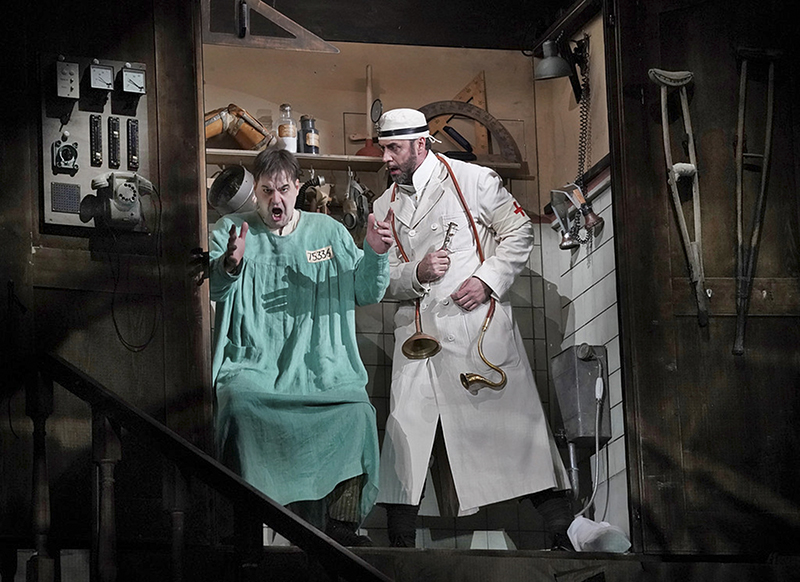 The Saturday matinee performance of “Wozzeck” will broadcast live in high-definition from The Metropolitan Opera to Marion Ross Performing Arts Center in downtown Albert Lea.
The opera centers around a German soldier disturbed by the grim reality of life in a military village during the lead up to World War I. Premiering in 1925, “Wozzeck” was considered provocative in its story, subject matter and score. Composer Alban Berg’s use of atonality designated “Wozzeck” as a pioneer of avant-garde opera. Hailed as a modern musical masterpiece, the opera is sung in German with titles in English and Spanish. Curtains rise at 11:55 a.m. and will fall by 1:45 p.m. Tickets cost $20 for adults and $12 for students. 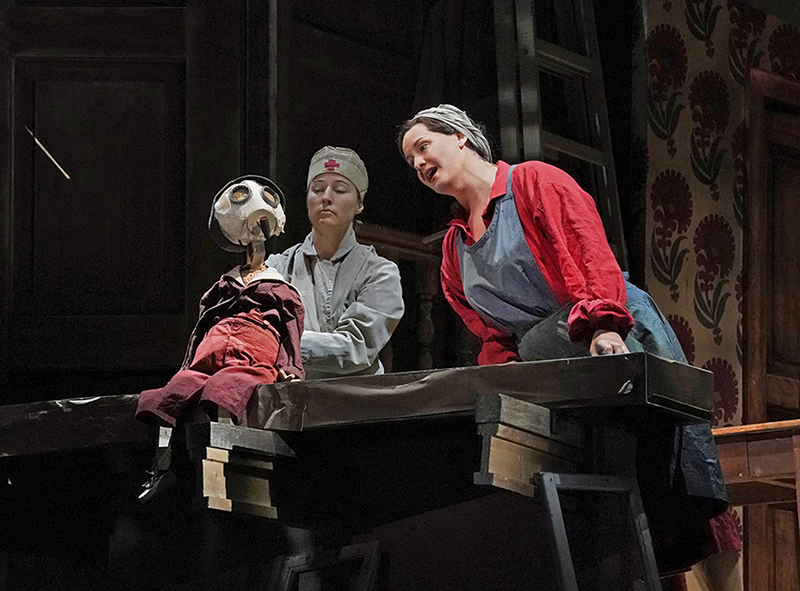 The Great Jello Cook-off promises a fun, funny and flavorful afternoon for the whole family. The event, hosted by the Freeborn County Historical Society, celebrates the Midwestern jello salad with a bit of whimsy — prize categories include Best in Fluff and Best in Fruit Suspension.

There will also be free edible make-and-take projects for children, so you can bring the joy of jello fingerpaints, slime and playdough home with you. The cookoff runs from noon to 3 p.m. Saturday at the Freeborn County Historical Museum, 1031 Bridge Ave. in Albert Lea.

3. The Story Show: Pass the Plate

Several brave and creative souls from the area will take the stage to share their stories, poems and letters at 7 p.m. Saturday at Marion Ross Performing Arts Center in downtown Albert Lea. All pieces are original and based on the theme, “Pass the Plate.”  Musical performances from area artists will bookend the readings. The event is part of a larger Story Show movement of community fundraisers for local charities. All profits from the show will be donated to the Food for Backpacks program. Tickets are $15 for adults and $5 for children ages 10 and under.

4. Local author to speak on preserving the past through photography

Local author and photographer Julie Bronson will give a talk from 2 to 3 p.m. Sunday at Albert Lea Public Library, 211 E. Clark St. Bronson will discuss her interest in documenting the many abandoned buildings in the region and the creative inspiration and process that led to the publication of two new books: “Abandoned Southern Minnesota” and “Abandoned Northern Iowa.” A book-signing will follow the presentation.

Art works by members of The Albert Lea Art Center will be showcased during the 2020 all-member show, which runs from Sunday to Feb. 15. A variety of mediums will be on display — paints, inks, colored pencils, pottery and found objects — to name a few. The exhibit, which is free and open to the public, launches with an open house from 1 to 3 p.m. Sunday at the Art Center, 101 S. Broadway Ave. in downtown Albert Lea.