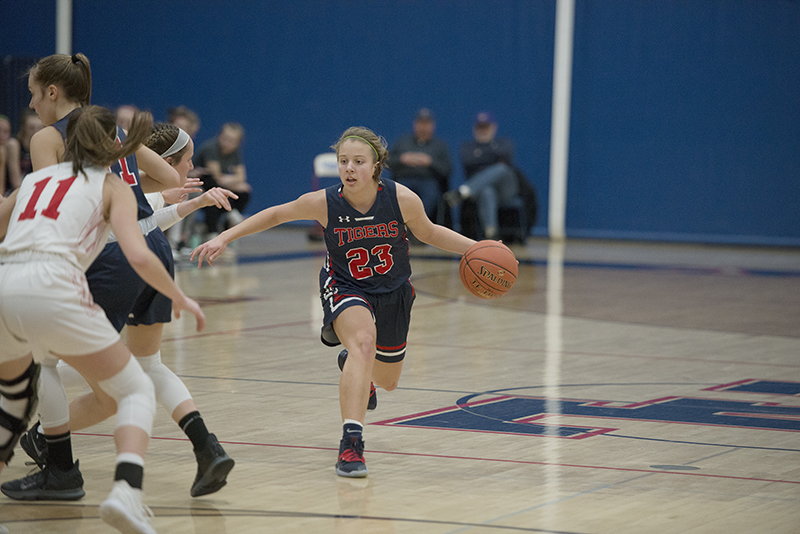 Tigers improve their play against the Packers, but lose momentum

For the second time this season, the Albert Lea girls basketball team squared off with Austin, this time on home court.

Despite losing to the Packers by 55 to kick off the 2019-20 season, the Tigers played a much better game this time around, only falling by six points, 53-47, on Tuesday.

Head coach Jason Thompson talked about the differences in the team from then to now.

“One thing we did tonight was we mixed up our defenses,” Thompson said. “They really didn’t have a solution for it and the girls really came out and embraced that. From installing it on Monday, they came out and executed it wonderfully.”

The game got out to a quick start for the Tigers when sophomore Jordan Juveland won the opening tip and sophomore Taya Jeffrey took it in for an easy lay in.

Albert Lea surrendered a three-pointer on Austin’s first possession, but went on a small run to take the lead right back.

The Packers answered back with a small run of their own and the Tigers were forced to call a timeout with 10 minutes left in the half, down 16-13. The timeout worked in favor of the Tigers, as senior Sam Skarstad went on to score seven straight for Albert Lea.

The Tigers ended the final five minutes of the half on a 6-2 run to take a 27-21 lead into the locker rooms. Skarstad led all scorers with 12 points at the break. Jeffrey had eight. 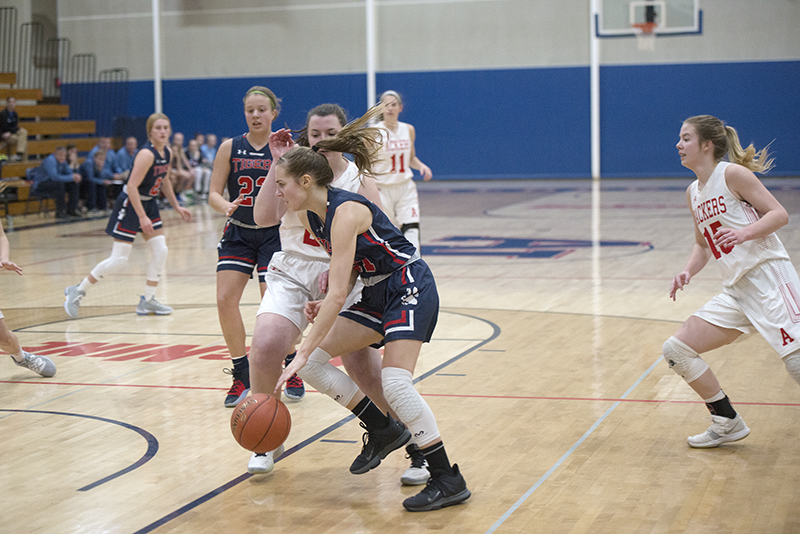 Albert Lea sophomore Taya Jeffrey fights below the basket Tuesday night at home against Austin. Jeffrey had 17 points in the 53-47 loss to the Packers. – Tyler Julson/Albert Lea Tribune

Jeffrey took the game into her own hands, going on a 7-0 run to bring the Tigers back to within one point.

The Packers’ physical brand of basketball worked well in the beginning portion of the half, but got them in trouble late as the Tigers were in the bonus with nine minutes to play in the game.

Despite Austin’s foul trouble, the two teams traded baskets through the next minutes and found themselves tied at 43-43 with four and a half minutes remaining.

A quick three by the Packers took the momentum and the Tigers were unable to find their way back, dropping their seventh straight game.

“We told them not to hang their heads on this loss,” Thompson said. “They are the No. 7 team in the state, they beat us by 50-plus the first time. They played their tails off. We just didn’t execute how we needed to at the end of the game. Those are just building blocks to grow and learn from.”

Skarstad ended the game with 17 points and is 13 points shy of reaching her 1,000th career point. Jeffrey also had 17 points.

The Tigers fall to 5-10 on the season and will play again Friday night when they travel to Faribauilt to take on the 0-14 Falcons.