Shanna F. Harris has been named executive director of Catholic Charities of Southern Minnesota, succeeding Robert Tereba, who directed the agency for the past two decades, according to a press release. 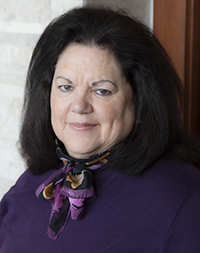 Harris comes to Winona from Casper, Wyoming, where she served as the director of the Wyoming Food Bank of the Rockies for the last seven years. Prior to that position, she was the executive director of the United Way of Natrona County for 10 years.

Harris has a genuine heart for serving poor and vulnerable persons, the release stated.

She earned both a Master of public administration degree and a Bachelor of Science in education degree from the University of Wyoming. Harris is looking forward to life in Minnesota and making her home in Winona, according to the release.

Catholic Charities serves the 20 southernmost counties of Minnesota, spanning the territory from the Mississippi River to the South Dakota border. With a mission to serve the poor and vulnerable, the marginalized, the alienated and the stranger, Catholic Charities’ staff and volunteers serve people without regard to religion, race, gender or ability to pay, the release stated. Offices are located in Winona, Rochester, Mankato, Worthington, Albert Lea, Austin and Owatonna. For more information, visit www.ccsomnorg.