Editorial: One step down — a few more to go 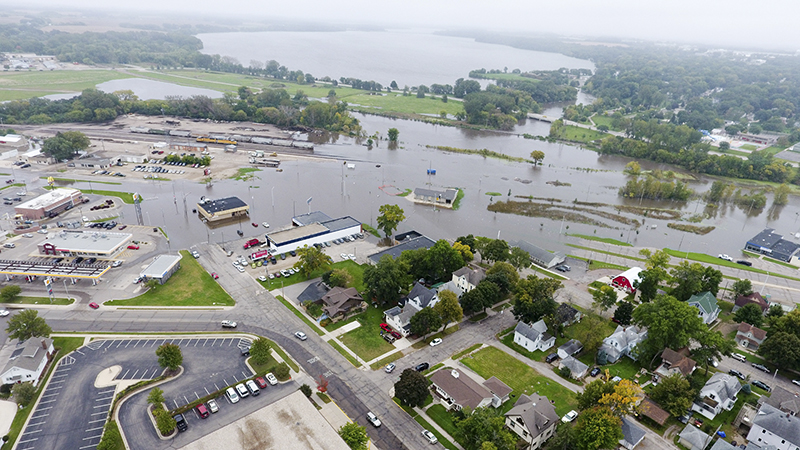 Thanks to Minnesota Gov. Tim Walz, who included two key Albert Lea requests in the portion of his bonding bill that was released Wednesday.

These two projects have been longtime issues within the city and deserved to be selected for funding.

The first request, for $3.5 million for flood mitigation on East Main Street, would go toward either raising the road above flood levels or installing large storm water pumps to keep flood levels lower than the roadway.

The flooding has been a problem each spring when snow is melting and when there is heavy rainfall, leading to road closures as long as about two weeks. In addition to negatively impacting traffic, it has impacted businesses on East Main Street that customers cannot reach because of floodwaters.

The road will receive a mill and overlay in 2021, so it only makes sense to address this issue at the same time.

The second request, for $1.75 million to complete the Blazing Star Trail, would go toward constructing a bridge over Albert Lea Lake and the remaining path needed to connect the trail between Albert Lea and Hayward.

The Blazing Star Trail from Albert Lea to Hayward has been in the works for more than 20 years after the state Legislature first authorized its existence in 1996. Though the Legislature has authorized various spending for the project over the years — and most of the project is complete — the last step, the construction of a bridge over Albert Lea Lake and about half a mile of trail, still has not been completed. We hope this will be the year the funding for the final portion of the trail can be awarded.

This will open up the potential to bringing in bicyclists and others from around the region.

While this is only the first step in the forming of a bonding bill that the House, Senate and governor can agree on, it is promising to see these projects in Walz’s bill. We hope the Senate and House capital investment committees will also see the value of supporting them.

We encourage all three entities to also consider supporting $7.5 million in additional funding for the dredging of Fountain Lake. The funding would allow the sediment dredged from Fountain Lake to increase to 1.7 million cubic yards as costs per cubic yard were higher than initially expected when the Watershed District previously requested bonding funds.

When completed, the dredging will be an economic driver for Albert Lea, bringing in residents to the city to utilize the lake.