Ensuring every person is counted 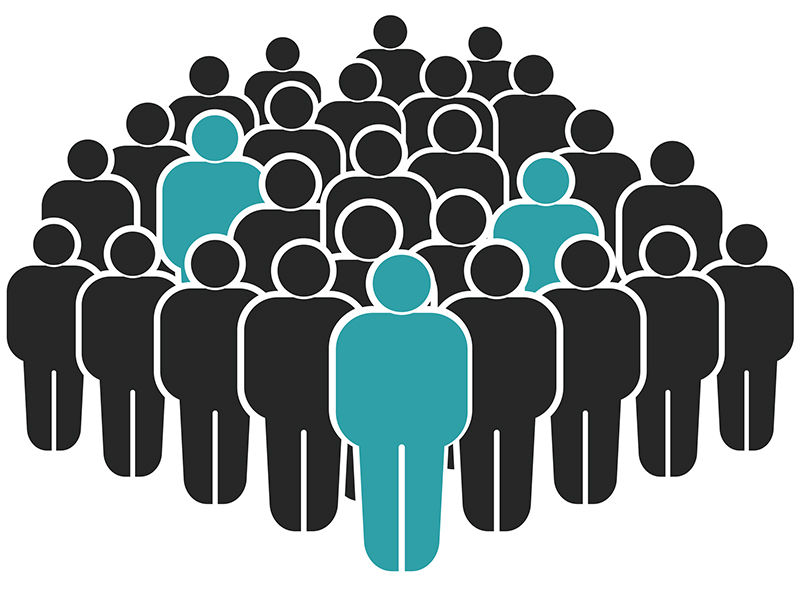 In about two months, households across the country — including in Freeborn County — will begin receiving invitations from the U.S. Census Bureau to respond to the 2020 census.

In an effort to educate area residents about the importance of the census, Albert Lea and Freeborn County officials, along with representatives from multiple organizations in the community, have formed a committee to reach out to various groups and populations to ensure a complete count.

“It’s critical that everybody be counted because resources are allocated based on that count,” said Assistant Albert Lea City Manager Jerry Gabrielatos.

In addition to resources, the count determines how the country’s 435 congressional seats are divided up. State leaders are worried Minnesota may lose a congressional seat because of slower population growth compared to some other states.

Freeborn County is also at risk of having to make some changes with its public health and human services departments, possibly even combining one of the departments with another county, if the county population drops below 30,000. The population was 31,255 at the 2010 census but was estimated at 30,444 as of July 1, 2018.

At a meeting of what is being called a Complete Count Committee on Thursday at Albert Lea City Hall, members of the committee met with Michael Gold-Biss, partnership specialist with the U.S. Census Bureau, who travels to various counties throughout the state to educate people about the importance of the census.

Gold-Biss said one of his and the committee’s biggest missions is to reach out to the hard-to-count communities, including groups such as veterans, children ages 0-5 and some ethnic groups, among others.

He said the census was designed by the Founding Fathers in part to make sure there was an awareness of how many people there were in the United States at the time it was given.

“The idea behind it was to count everybody,” he said.

If people don’t complete the census, they will continue receiving mail asking them to do so six additional times before census takers will start knocking on doors to get people who haven’t responded to do so. These people, who are hired by the Census Bureau, will have an ID card with their name, photograph, expiration date and a watermark; an official bag with the Census Bureau logo; and a letter from the Census Bureau on official letterhead. People can also request to speak with their supervisor to verify their identity.

The Census Bureau will never ask for a full Social Security number, money or donations, anything on behalf of a political party or your bank or credit card numbers.

Gold-Biss described it as a civic obligation to complete the census.

“When you choose not to be counted, it’s a choice to be silent,” he said. “Once you have answered, it gives you a greater sense of confidence that you can have an input into decisions.”

Efforts are wrapped up in September, and counts are presented to the president and Congress in December.

People can respond to the census in one of three ways: online, by phone or by mail. Gold-Biss said information completed on the form is confidential and secure and is against the law to share.

The group in the committee briefly discussed ways they could reach out to various community groups, including ethnic groups, at places such as Albert Lea Select Foods and Cargill. They also discussed opening up the computer lab in the library at a time for certain groups to fill out the questionnaire.

Gabrielatos said the city has already started posting on social media channels about the census and its importance, engaged landlords and the Albert Lea Housing and Redevelopment Authority, put messaging on the city water bills and met with area ministers about the census and will be providing them with information to put into church bulletins.

City officials have spoken after a service at St. Theodore Catholic Church about the census and are getting materials translated into the languages spoken in Albert Lea other than English that are not available through the Census Bureau.

If people are interested in having a presentation about the census given to their organization, they should contact the city manager’s office at 377-4330.

The Census Bureau is continuing to hire census takers in the community. People can apply on 2020.census.gov/jobs.

• March 12-20: Households will begin receiving official Census Bureau mail with information on how to respond to the 2020 census online, by phone or by mail.

• March 30-April 1: The Census Bureau will count people who are experiencing homelessness.

• April 1: Census Day is observed nationwide. Every home should have received an invitation to participate in the census by this time.

• April: Census takers will begin visiting college students who live on campus, people living in senior centers and others who live in larger groups of people.

• May-July: Census takers will begin visiting homes that haven’t responded to the 2020 census to make sure everyone is counted.

• December: The Census Bureau will deliver apportionment counts to the president and Congress as required by law.

• March 31, 2021: The Census Bureau will send redistricting counts to states to be used to redraw legislative districts based on population changes.