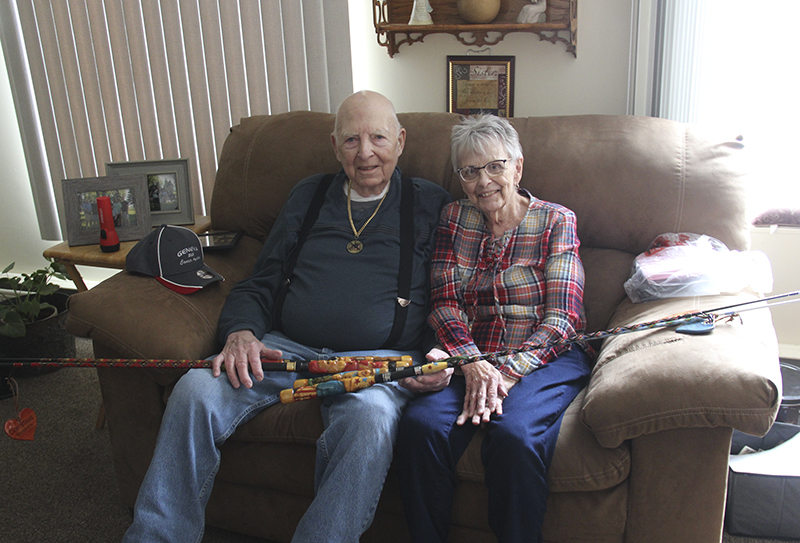 Whitey and LaJune Hagen sit with handmade fishing poles that will be auctioned off during the Geneva Cancer Auction. - Sarah Stultz/Albert Lea Tribune

A longstanding area event that raises money to fight against cancer will kick off this weekend at Geneva Bar & Grill with the potential to reach a big milestone.

Barb Kuchenbecker, stand-in president for this year’s Geneva Cancer Auction, said organizers hope the auction will pass $2 million in money raised since it began in 1985.

The auction will begin Friday and Saturday this weekend and continue the same days next weekend at Geneva Bar & Grill.

Founder Whitey Hagen said before he started the Geneva Cancer Auction he had been a part of a cancer auction at Eddie’s Bar in Albert Lea when he worked at Wilson & Co.

After the death of his brother, Dick Hagen, at the age of 47 to cancer, he was approached about starting an auction in Geneva in memory of his brother. It has been going ever since.

“Nobody has ever told us to quit, so here we are,” Hagen said. 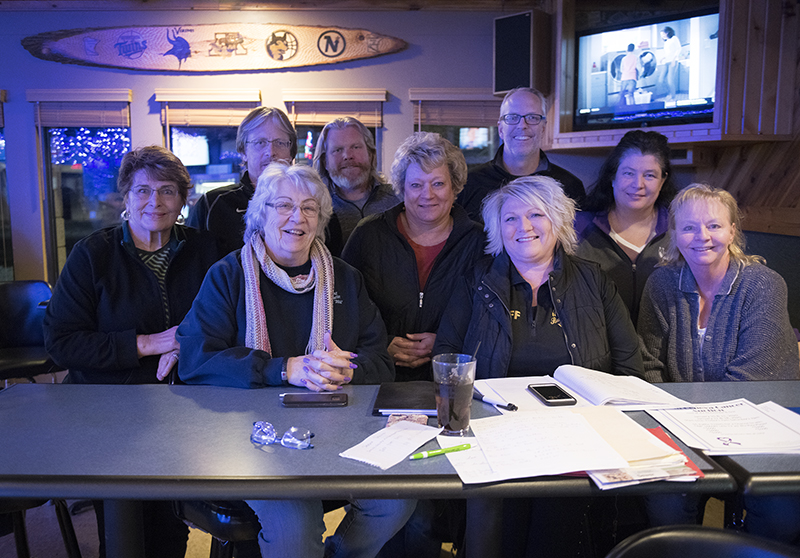 Some of the Geneva Cancer Auction organizers met Monday for a meeting at Geneva Bar & Grill. – Colleen Harrison/Albert Lea Tribune

Though the auction started small, in recent years it has raised about $100,000 in a single year.

“One person or a few people can make a big difference,” he said.

Numerous items will be auctioned off over the two weekends, including items made and donated by Al Carstens, such as a wooden Jenga game and a wooden coat rack, and a gun case donated by Art Alders.

Hagen displayed four handmade wooden fishing poles that will also be up for auction at the event.

In addition to the auction itself, raffle tickets are being sold for a chance to win a 48-inch smart LED television with Blu-Ray player, and cash in amounts ranging from $100 to $500. The drawing for the raffle will be at 10 p.m. Jan. 18.

Kuchenbecker said another highlight will be the annual farm sale, which will be at 3 p.m. the last day of the auction.

She said in addition to the cancer auction, organizers raise money through a pool tournament, golf outing, motorcycle run, wild game feed and purse bingo. The last purse bingo brought in about $5,150, and the group is hoping to do another one in March.

A mini auction with all of the leftover items from the auction will be at 2 p.m. April 4 at Geneva Bar & Grill. The next day, April 5, there will be a pancake breakfast at the bar from 8 a.m. to noon.

Money is donated to the Eagles Cancer Telethon, which raises funds for cancer research.

Hagen, who no longer leads the auction but is still heavily involved, said he hoped the Vikings game this weekend won’t keep too many people away from the auction, but if it does, they will make the best of it.