Going all in for Albert Lea 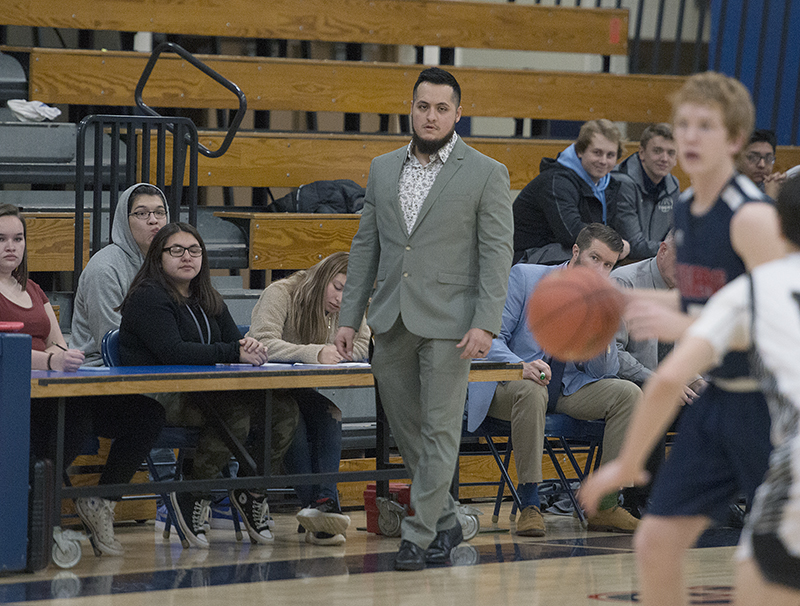 Over the past five basketball seasons, the Albert Lea boys’ team has never eclipsed more than three wins. Now, under the leadership of first-year head coach Lantt Benavidez, the Tigers already have three wins just over a third of the way into the season.

The Tigers started to show progress last season, winning three games after going winless in the previous two seasons. However, Benavidez has the team playing with a renewed energy and love for the game, but he does not want to be seen as the coach that is reversing a culture. To him, it is more than that.

“I don’t want to think or act as though I am here reversing anything,” Benavidez said. “I came into this program to teach young men what they need to improve individually and as a single unit in the game of basketball, same as I would do in a program that won state every year.

“I take what I know, what I can offer and apply it to the team. Should that change the way varsity basketball looks like at Albert Lea High School, than so be it, but I am and always will do what I believe is best for the team and the players.”

Benavidez got his coaching career started about 10 years ago in south Texas, where he was born and raised. He has coached a variety of levels from junior high up to varsity and has coached multiple sports, but the two constants have been football and basketball. 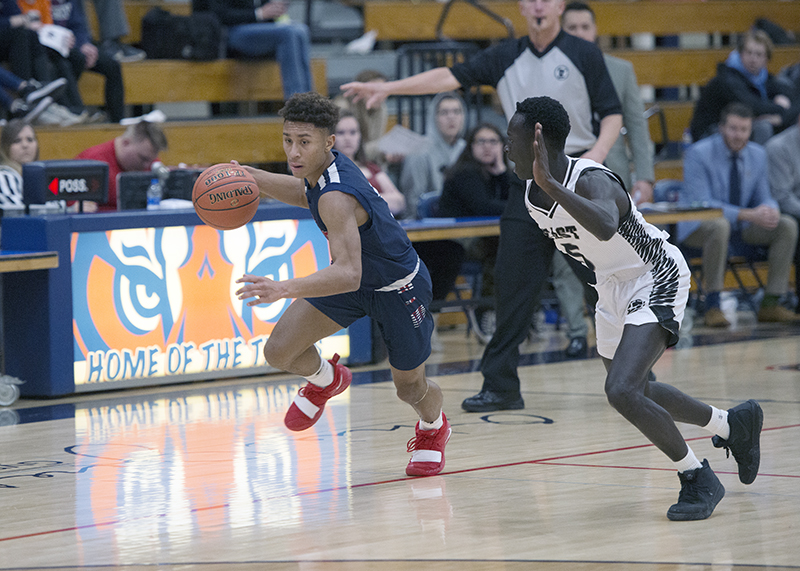 The Tigers are 3-6 so far this season and have only been outscored 548-542 through nine games. Of their six losses, three have been by eight points or less and only one has been by more than 12. – Tyler Julson/Albert Lea Tribune

Benavidez has been an athlete his entire life, using athletics as a stepping stone in many other aspects of his life.

“Growing up, athletics was a way to get away from everything,” he said. “It kept me out of trouble and pushed me to get good grades in school. Along with that, I was able to learn a lot of life lessons from all of my coaches. All that said, my love for the game and wanting to instill that in my players was what really pushed me into it.”

Already an assistant on the football coaching staff, Benavidez said he heard about the basketball job opening from coworkers and after talking it over with his wife, she encouraged him to take the opportunity and do what he loved.

Through his high intensity and energetic coaching style, the Tigers have made clear improvements from previous seasons.

Not only are the Tigers keeping games close this season, they are beating teams that blew them out by 40-plus points no more than two seasons ago.

Benavidez credited his staff and the players buying into his system as some of the key factors that have started the turnaround.

“I can’t say enough about the great coaching staff I was able to put together in such short notice,” Benavidez said. “Along with that, I just think the players are really buying into our system and most of all, are having fun being competitive with some of the top teams in the state. We are simply focusing on the game, studying our strengths and weaknesses as well as our opponents’. We’re focused and all in, mentally and physically.”

As a first-year head coach, Benazidez said it can be hard to get the community to instill its trust in the program, but said he has gotten a lot of support from the community so far.

“I’m honored and beyond grateful for the trust Albert Lea has given me and will do everything in my power to continue to earn it. Go Tigers.”