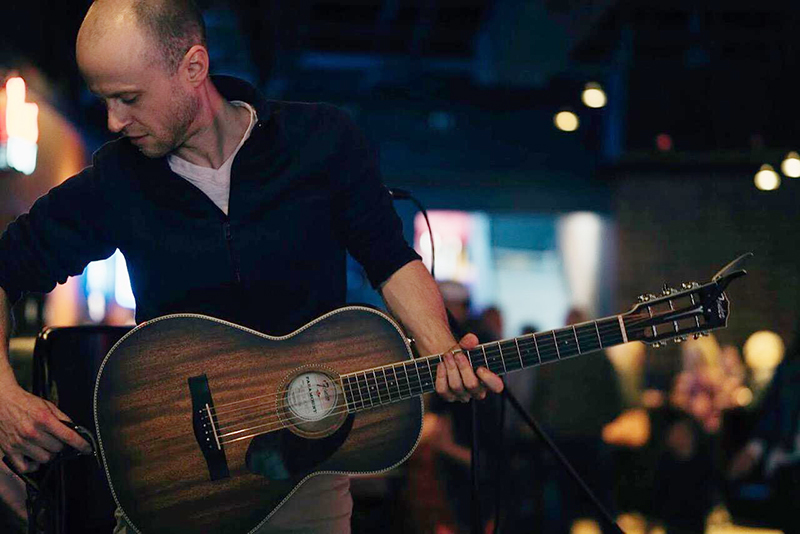 Peter Klug, who grew up between New Richland and Hartland, will perform at The Interchange on Jan. 31. - Photo courtesy B. North Photography

An area native plans to bring his music back home.

Peter Klug, 32, who grew up on the county road between New Richland and Hartland, has performances scheduled at two different area venues in the coming weeks. He’ll perform from 6 to 8 p.m. Jan. 31 at The Interchange and from 5 to 9 p.m. Feb. 21 at the Eagles Club, both in downtown Albert Lea.

For Klug, who is now based out of Eagle Lake, it’s only natural to bring his talents back home, as this is where his love of music first started.

“When I was maybe 5, I told my mom I wanted to be ‘in’ the radio some day,” he said in an email. “My best friend growing up started playing guitar and about a year later he taught me a Nirvana song on a bass. When I went home, I asked Dad if I could play his old Yamaha acoustic that had been sitting in his closet my whole life.”

After jokingly describing his musical style as “outlaw jazz,” Klug said he basically puts his favorite parts of folk and country into a two-hour set. While he’ll occasionally play covers from artists like Bob Dylan or Waylon Jennings every once in a while, he sticks to his original work for the most part during performances.

While Klug has largely performed in the southern half of Minnesota the past five years, he’s starting to work on branching out in his touring.

As far as other musical aspirations?

“I want my bands heard by as many people as possible,” he said. “I plan on performing until I physically can’t.”

Klug also plays lead guitar for the band Bee Balm Fields, which just released an album online across different music platforms. He also asked fans to be on the lookout for Just Mirlyn’s second album,“SLEEVES,” to be released toward the end of summer.

Klug said he looks forward to coming back near his hometown to perform.

“It’s home,” he said. “… I like staring up at those windmills however many times I’ve driven by them and however many seagulls they maim. My song ‘Minnesota Man’ says it all.”