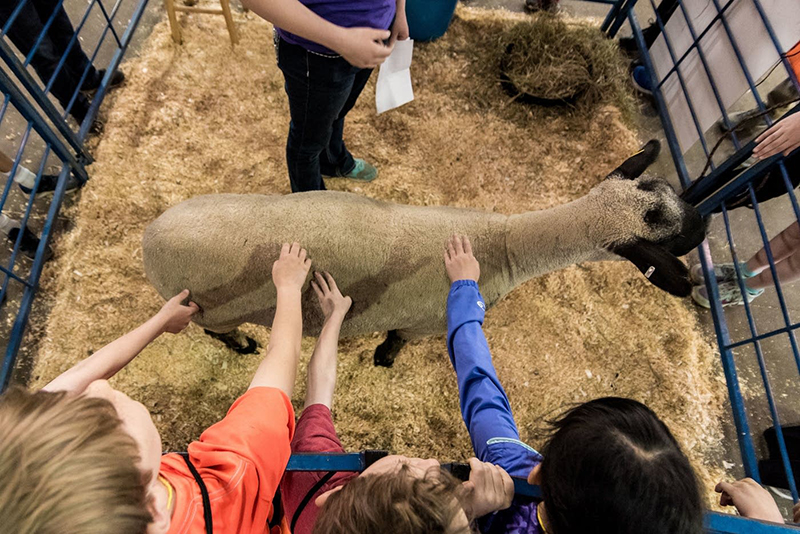 A group of children pet a sheep in the CHS Miracle of Birth building at the Minnesota State Fairgrounds in St. Paul in May 2018. - Tom Baker/For MPR News 2018

A lawsuit against management of the Minnesota State Fair alleges a 4-year-old boy became infected by E. coli at the fairgrounds last summer.

The lawsuit, filed in Ramsey County, said the boy touched and petted several animals while visiting the Miracle of Birth Center last August. Two days later, the lawsuit says the boy began to develop intestinal issues. He went to the emergency room on Sept. 3 and spent the next 10 days in hospitals.

The boy was diagnosed with E. coli O157:H7 and hemolytic uremic syndrome, a complication related to some strains of E. coli.

The lawsuit says he had permanent damage to his kidneys and other organs, and may experience other long-term effects.

A spokesperson for the State Fair said Monday that management does not comment on pending litigation. The lawyer for the boy’s family was not available as of Monday afternoon.