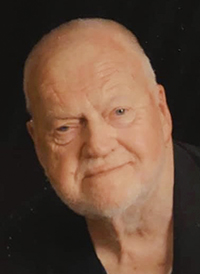 On Aug. 10, 1959, he was united in marriage to Anne Barkley. They enjoyed camping, traveling and reading. He was an avid sports fan and enjoyed theater, especially musicals. He loved singing and was a member of the First Lutheran Choir for 60 years. After retiring from teaching, he wrote for the local newspaper until his death, covering sports and writing a personal column.

A memorial service will be at 11 a.m. Saturday at First Lutheran Church in Blooming Prairie with the Rev. Heidi Heimgartner officiating. A visitation will be from 9 to 11 a.m. Saturday at the church. Interment will take place at a later date. In lieu of flowers, the family would like all donations to go to a LeMar Nelson scholarship fund to be set up in the near future. Services are performed by Worlein Blooming Prairie Funeral Home. Condolences may be expressed to the family online at www.worlein.com.