Looking back: Wedding ceremonies and celebrations of the past 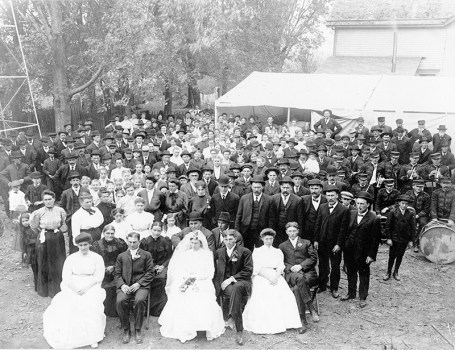 Following the marriage ceremony of Nora Fink and Ernest Klukow in October 1906, a wedding feast and dance were held at the home of the bride’s parents. Music was provided by the Walters Brass Band. 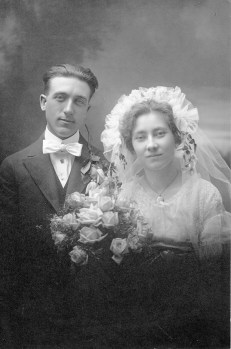 Harvey Folie and Thea Runden were married March 14, 1927, at Hayward Lutheran Church. The bride’s gown was white silk net. The groom wore a dark blue suit for the ceremony. About 40 guests attended the three-course wedding dinner and supper following the ceremony. 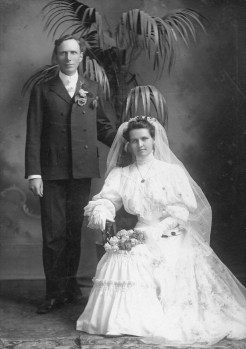 In the spring of 1905, Carl Nelson and Anna Mortenson were married at the Danish Lutheran church in Albert Lea. After the ceremony, a sumptuous meal was served to the guests at the home of the bride’s parents. 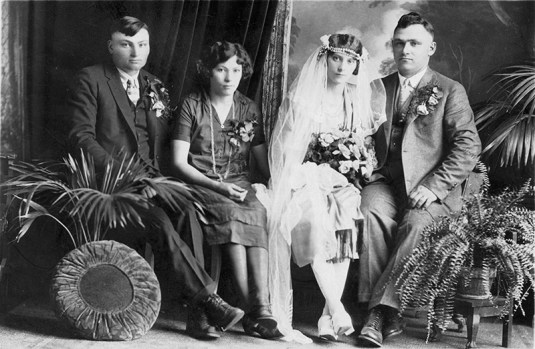 Marie Goette of Kiester and Manvill Reim of Albert Lea were married in June of 1925 at the Mansfield Lutheran Church parsonage. The bride wore a Chinese cream-colored dress with bridal wreath and veil and carried roses. The couple traveled to Brainerd on their wedding trip. 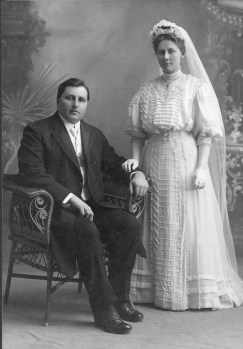 The wedding ceremony of Martha Agatha “Aggie” Gulbrandson and the Rev. Axel E. Strom was at the Norwegian Lutheran church in Albert Lea in February 1908. The bride was dressed in light blue silk crepe with a pale blue veil. Following the ceremony, a five-course wedding dinner was served to the guests at the home of the bride’s parents on East Third Street.

One hundred years ago, 344 marriage licenses were granted at the Freeborn County Clerk of Court’s office. At that time, it was the largest number of licenses issued in the county’s history. Twenty years earlier, in 1900, 190 marriage licenses were issued. During the first few decades of the 20th century, Albert Lea and Freeborn County witnessed hundreds of wedding ceremonies. Many occurred on a weekday evening at a church, parsonage or parental home.

It was common for wedding receptions to be held at the home of the parents. The celebrations ranged from quiet private gatherings to large events. In 1920, an Albert Lea couple followed their Wednesday morning marriage ceremony with a four-course wedding breakfast at the home of the bride’s parents. Another couple’s wedding on June 30, 1920, required a change of location. The previous day, the bride underwent an appendectomy and was confined to the hospital. Undaunted, the couple preceded with their plans. It was the first wedding ceremony performed at Naeve Hospital in Albert Lea.