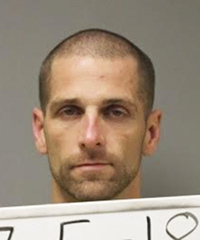 AUSTIN — Weston William Zuehl of Albert Lea was charged with felony counterfeiting of currency — uttering or possessing — subsequent offense on Monday in Mower County District Court. He has pleaded not guilty.

According to the court complaint, an officer responded to a counterfeit currency call at 8:32 p.m. Dec. 7 at the Austin Dollar Tree. While en route, the officer was informed that a 1999 Dodge Ram truck belonging to the suspect, later determined to be Zuehl, 36, was still at the location and that Zuehl had left the area on foot. The officer was also told that an adult female was with Zuehl.

The officer met with the cashier who received the counterfeit currency. The cashier said Zuehl gave him a counterfeit $20 bill to purchase items and started acting “fidgety and nervous” as he inspected the bill. He reported that he was distracted by another customer and accepted the bill.

The cashier also reported that a female was with Zuehl, but that she got into the Dodge rather than wait for Zuehl to purchase the items.

The officer met with the store manager, who said she confronted the female outside and demanded that she pay with legal tender or return the items. The female eventually returned the items and walked toward the Aldi Food Store.

The officer was unable to locate Zuehl or the female and an arrest warrant was issued.

No charges have been brought against Zuehl’s female companion.

A review of Zuehl’s criminal history shows prior convictions for financial transaction card fraud, theft, fleeing a peace officer in a motor vehicle, receiving stolen property, possession of a controlled substance and assault.

A pre-trial has been scheduled for May 15.