Minnesota National Guard members in Mideast stand by amid rising tension between U.S. and Iran 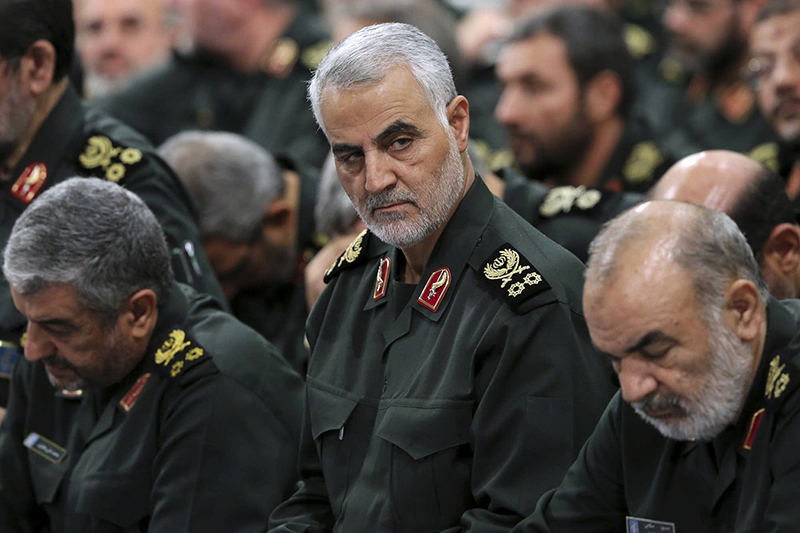 Revolutionary Guard Gen. Qassem Soleimani, center, attends a meeting in Tehran, Iran, in September 2016. The Pentagon said Thursday that the U.S. military killed Soleimani, the head of Iran’s elite Quds Force, at the direction of President Donald Trump. - Office of the Iranian Supreme Leader via AP 2016 via MPR News

About 700 Minnesota National Guard members stationed in the Middle East are waiting to see the fallout of the death of Iranian Gen. Qassem Soleimani on Thursday.

The Guard members are tasked with transporting people and equipment around the region in helicopters. Hawk said so far, their orders have not changed.

“All of the events that have happened have occurred in the last 24 hours,” he said. “We get our directives from the Department of Defense, which then passes them down through the National Guard Bureau or big Army. So we’re not going to know anything about anything for quite a while.”

Following the death of Soleimani this week, President Trump declared that a “reign of terror is over” as the Pentagon scrambles to reinforce the American military presence in the region in preparation for reprisals.

The Defense Department said it killed the 62-year-old Soleimani because he “was actively developing plans to attack American diplomats and service members in Iraq and throughout the region.” It also accused Soleimani of approving the orchestrated violent protests at the U.S. Embassy in Baghdad.

The United States is sending nearly 3,000 more Army troops to the Mideast in the volatile aftermath of the killing ordered by Trump, defense officials said Friday.