My Point of View: Feehan needs to be clear about residency 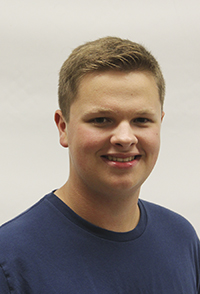 Congressman Jim Hagedorn was born in Blue Earth in 1962, where he lives today. Hagedorn was raised on his family’s grain and livestock farm outside Truman. Hagedorn has been a resident of Minnesota, and this geographic congressional district in particular, for 29 of his 57 years. Hagedorn was a resident of Minnesota the first 21 years of his life, and his first votes were cast as a Minnesota resident in 1980 for Ronald Reagan and his dad, Tom Hagedorn, who was the incumbent congressman from our area in south-central Minnesota. From age 22 through 29, he worked for Minnesota Congressman Arlan Stangeland in his D.C. office, learning about the legislative process and how to help people by working with federal agencies to ensure that veterans, students and all Americans are able to live their best lives. From there, Hagedorn spent 18 years as a congressional relations officer for two nonpartisan bureaus of the U.S. Treasury, where he used his position to reform government, downsize his own agency, and save taxpayers over $2 billion. From 2010 until today, Hagedorn has been a Minnesota resident, residing in Blue Earth in 2010, 2013, 2014, 2015, 2016, 2017, 2018 and 2019. This has been verified by residents of Truman and Blue Earth who have known Jim Hagedorn since he was born.

I’m sure you’re wondering why I told you all of that. It’s because, in that one paragraph that took me five minutes to write, I did what Dan Feehan has refused to do since mid-2017 when he announced his unsuccessful run for Congress.

So let’s get this straight. Feehan says he was born in St. Paul and grew up in Red Wing (which is all he will tell us), but then he says later on in life that he grew up in Wisconsin. Hmm — but that’s not all, folks! On Dec. 1, 2013, the Chicago Tribune wrote that Feehan grew up in Batavia, Illinois.

Dan Feehan’s residency isn’t the only questionable thing about him, however. Dan has been running his campaign with the help of protest group Indivisible, which is run out of Mankato. Dan has protested with this group, has hosted events with this group and I wouldn’t be the least bit surprised if the group has been donating to his campaign.

Recently in this paper, you saw a letter to the editor written by Yurie Hong of St. Peter, the head of Indivisible, who was even in Feehan’s announcement video. In Yurie’s letter, she essentially said of Congressman Hagedorn’s clarification on a taken-out-of-context statement that it doesn’t matter what he meant, only what was printed. To this group, Congressman Hagedorn could cure all known diseases, and they would still protest because he didn’t do it fast enough.

It’s clear that Dan’s campaign is desperate to defeat Congressman Hagedorn. Why else would his campaign staff create a Facebook group where they share unpublished letters to the editor with each other to publish in papers across the district? St. Peter, Mankato, Rochester, Oronoco, Woodbury, etc. Do these sound like the usual cities you see in the opinion section of the Albert Lea Tribune? No, they’re not. All the cities I mentioned except one (Woodbury) are in Minnesota’s First Congressional District. All the letters from those cities were attacking Congressman Hagedorn, and supporting Feehan. Coincidental? I think not.

I also find it incredibly hilarious when Dan claims that Congressman Hagedorn takes in all this money from prescription drug companies, oil and gas companies, etc. In reality, Hagedorn hasn’t taken a penny from any oil, gas or prescription drug companies. However, Dan himself has taken in massive amounts of money from California, New York and other out-of-state donors. Dan also works closely with abortion provider Planned Parenthood, and even stated on Twitter during the last election, “I look forward to being Planned Parenthood’s ally in Congress.” Planned Parenthood has a political PAC, and I’d be interested to know how much money they’ve given Dan. Dan also said in a March 19, 2018, Democratic forum that he supports a single-payer (socialist) health care system that would be catastrophic to the system we have in place in southern Minnesota.

No candidate is perfect, but Dan Feehan is extremely far from it. We know that Dan is working with a rowdy protest group (see town halls for example), lying about his Minnesota residency, and deceiving you in his attempt to win this seat. How very sad.

Aaron Farris is a member of the Freeborn County Republican Party.