Prairie Profiles: ‘Excited to be here’ 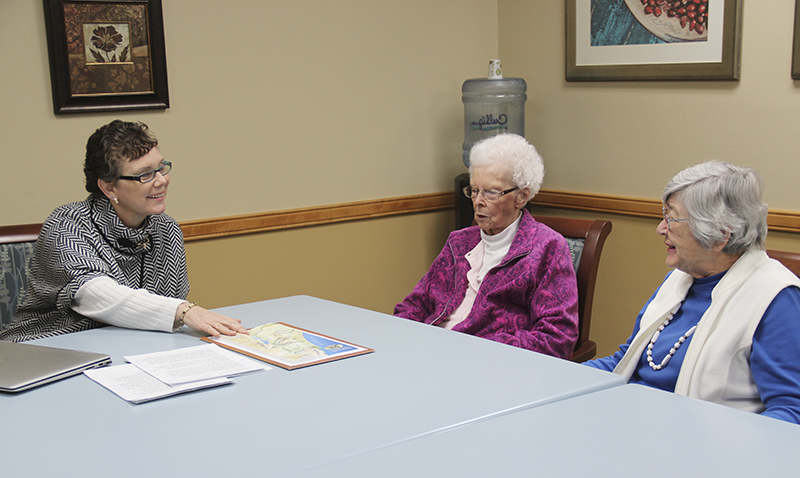 Thorne Crest Senior Living Community’s new administrator said she is excited to be in Albert Lea and looks forward to familiarizing herself with the community.

“This is just a wonderful opportunity, and people are just so welcoming,” said Shari McNamara. “It’s a community that really has compassion and empathy.”

McNamara, who started at Thorne Crest three weeks ago, said she began her career in the Twin Cities, working as a clinical dietitian at multiple acute-care facilities.

She said she became interested in health care administration and attended and obtained an administration license in 2010 in a graduate program at the University of Minnesota.

After obtaining that, she started as a household coordinator at Presbyterian Homes, where she said she learned a lot. Then, she said, she worked through Ecumen in Clarkfield for three years, after which she became administrator at St. Anthony Health and Rehabilitation Center.

McNamara said she decided she wanted to move to a small town where people know each other more and that felt homier and became aware of the opportunity at Thorne Crest.

“I like to grow things, I like to lead people and Thorne Crest is a good place to do that,” she said.

She noted the senior living facility’s mission, which is “to create a healthy Christian community that empowers older adults, families and people with disabilities” and “provide choices for housing, services and technology that enriches body, mind and spirit.”

She hopes she can lead by example.

Thorne Crest, which is owned and operated by American Baptist Homes of the Midwest, has about 125 residents, she said. It offers independent living, assisted living, memory care and skilled nursing care options.

In the coming weeks, McNamara said she looks forward to getting to know her staff more. She noted she has already seen how hard they work and how much they care for the residents.

She also looks forward to meeting more residents, listening to any concerns they may have and making sure the organization is providing for all of their needs.

She said she hopes the facility can be known as one that serves the community in providing a platinum service of care.

“I’m really excited to be here, and I look forward to working with my residents, and my families, and the employees and the community,” McNamara said. “I’m so excited to be part of it.”