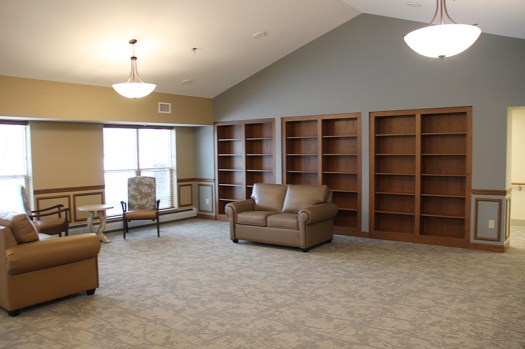 A seating area near the memory care units at Clark Crossings of Wells is nearly complete, aside from decorations. The facility hopes to open within the next few months. - Sarah Stultz/Albert Lea Tribune 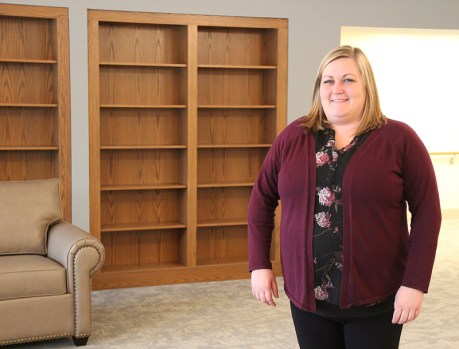 Kacey Kasel is the executive director of Heartland Senior Living’s Clark Crossing of Wells and the organization’s other facilities. - Sarah Stultz/Albert Lea Tribune 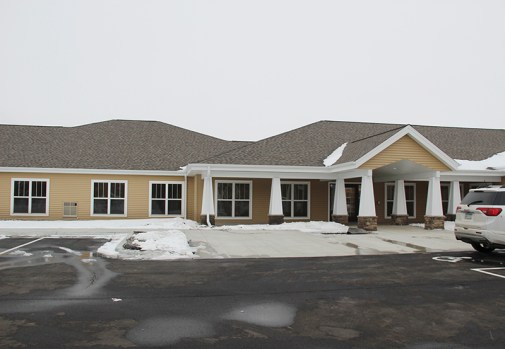 Clark Crossings of Wells is at the junction of Minnesota highways 109 and 22. - Sarah Stultz/Albert Lea Tribune 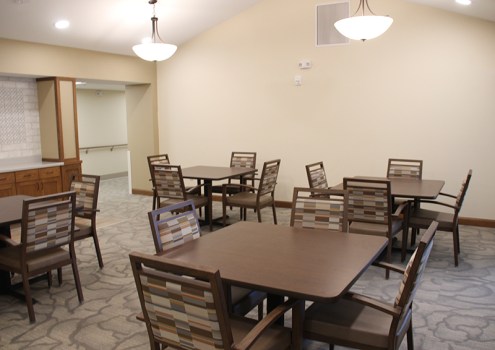 An eating area at the new senior living facility is mostly complete except for some decor. - Sarah Stultz/Albert Lea Tribune

WELLS — A new senior living facility with both assisted living and memory care units opened its doors to the public for the first time Saturday.

Heartland Senior Living’s Clark Crossings of Wells has been under construction since fall 2018 near the junction of Minnesota highways 109 and 22.

The open house gave people the chance to take a look at the secured facility, which will have 10 assisted living and 10 memory care units. The facility is expected to open in the next few months, said Kacey Kasel, Heartland Senior Living executive director. Decor and other amenities are expected to be complete by the end of the month.

Kasel said the organization hopes to help rural residents from Faribault and Freeborn counties who need assisted living or memory care services get those services close to home. It is also reaching out to people from larger communities such as Mankato who might want to move to a smaller care facility that can offer more one-one-one care.

Kasel said as the population ages, the number of Baby Boomers looking for assisted living facilities is increasing.

Clark Crossings features a porch on the front, as well as a patio and garden, a salon and a spa for residents to utilize. Memory care units are studio apartments that are about 350 square feet, and the assisted living apartments are about 550 square feet and have a bedroom, a living room and a small kitchenette with a microwave, sink and refrigerator. Three also have a den.

There are no stoves in the apartments for the safety of the residents, Kasel said.

She said the name of Clark Crossings is tied to the history of Wells as a railroad community.

Chris Knoll, Heartland Senior Living managing agent, said cost of the construction was estimated at $3.5 million and was paid for through a United States Department of Agriculture loan as well as financing through a few local banks.