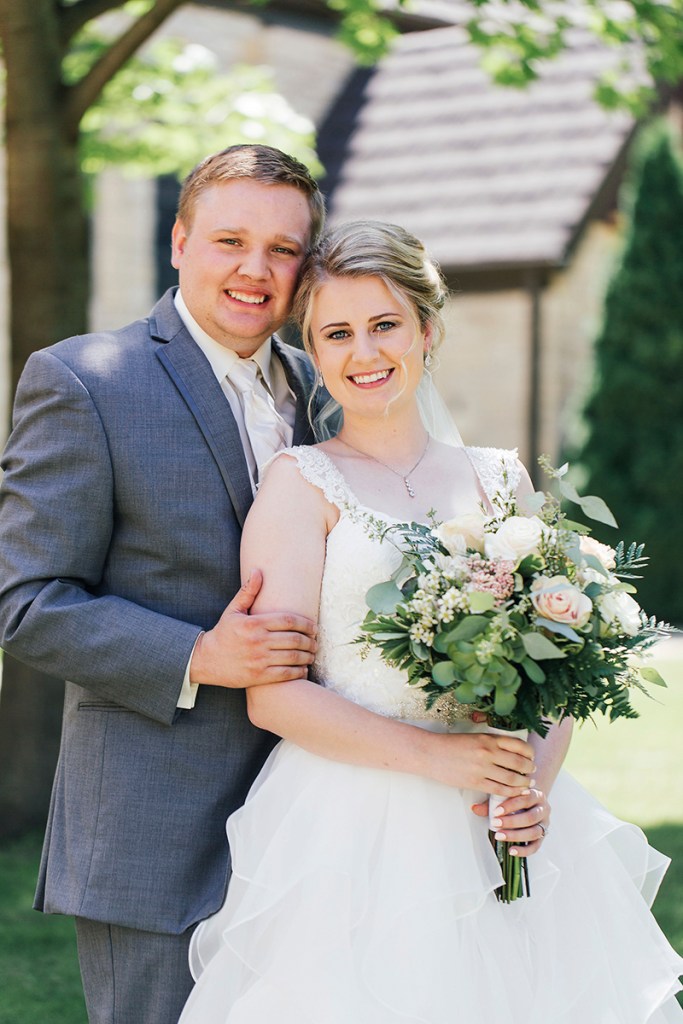 Lindsay Reim and Thomas Geesman, both of Medford, were married Aug. 3, 2019, at Grace Lutheran Church. The ceremony was officiated by Karen Lundberg. The reception was at Monterey Ballroom in Owatonna.

The best man was Bobby Geesman, brother of the groom; and groomsmen were Collin McTague, Brandon McTague and Jordon Johnson. The ring bearer was Billy Geesman, nephew of the groom and son of Bobby and Kaycee Geesman. Ushers were Nick Grangruth, cousin of the bride; and Joel Madson.

The groom is the son of Gary and Angie Geesman of Alden. He is the grandson of Doug and Julie Morrison, also of Alden. The groom is a 2017 graduate of University of Minnesota-Duluth. He is a systems developer at Federated Insurance in Owatonna.