The Tigers fall to the Huskies 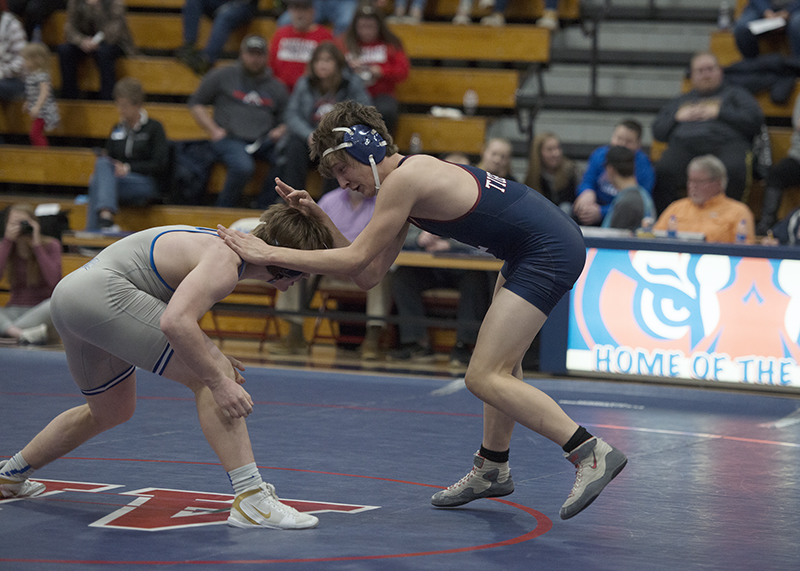 The Tigers had a depleted squad due to same nagging injuries and it showed throughout the lineup, as the Tigers picked up four wins in the dual, losing to the Huskies 47-21.

Albert Lea seventh grader Nick Korman started the night at 106 pounds and fell to No. 9 Cael Robb in a 16-0 technical fall that ended in the second period.

Freshman Aivin Wasmoen got Albert Lea back on track with a win at 113 via a 11-9 decision in sudden victory. Down 6-5 to start the third period, Wasmoen got an escape and quick takedown to regain the lead before a takedown from Owatonna pushed the match to overtime. Wasmoen earned a takedown in the first period of overtime to get the win. 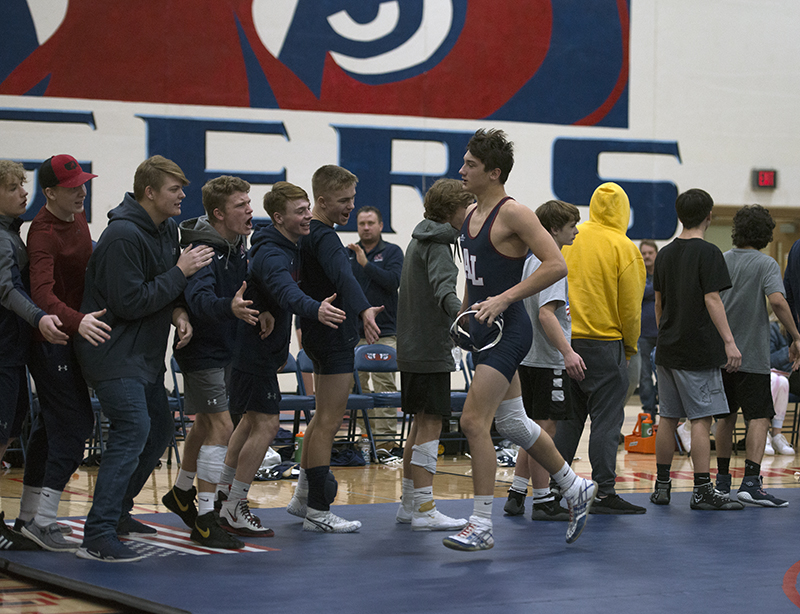 Albert Lea junior Caleb Talamantes runs off the mat after picking up his 100th career win with a first-period pinfall at 182 pounds. – Tyler Julson/Albert Lea Tribune

Senior Bradley Pestegard lost at 120 pounds in a first-period fall and was followed by two more pinfall losses for the Tigers. Albert Lea junior Tucker Ericksmoen was pinned by No. 6-ranked Kanin Hable at 126 pounds and sophomore Carter Miller was pinned by an unranked Chase Dallman at 132 pounds.

No. 6 Cameron Davis won his match at 138 pounds in a second-period fall and was immediately followed by No. 3-ranked freshman Cole Glazier picking up a pinfall in the second period at 145 pounds.

The brightest spot for the Tigers came at 182 pounds when junior Caleb Talamantes won in a first-round pinfall and picked up his 100th career win in the process.

In the final match of the night, Albert Lea senior Hayden Johnston fell via pinfall in the first period to No. 4-ranked Isaiah Noeldner.

The Tigers fall to 4-4 in duals this season and will be back in action Saturday when they head to a tournament at Plainview-Elgin-Millville. 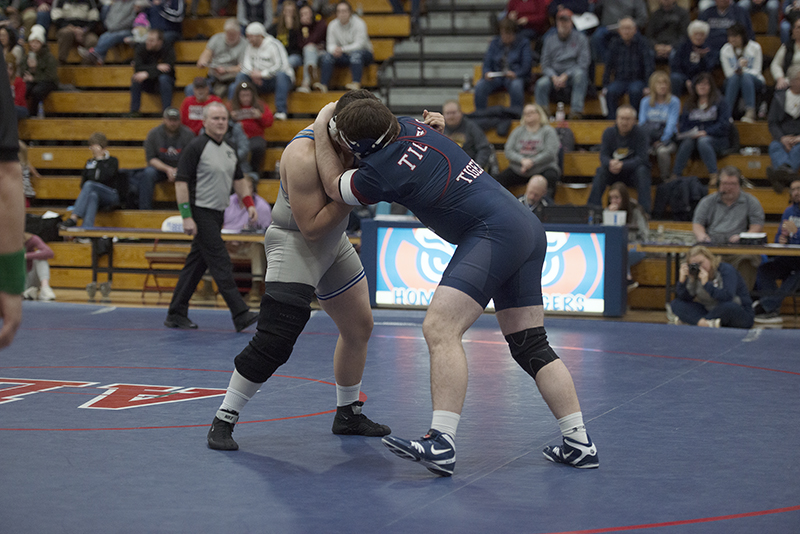 Senior Hayden Johnston ties up with his opponent Thursday night in the Big Nine Conference showdown against Owatonna. Johnston lost to the No. 4-ranked wrestling via a pinfall in the first period. – Tyler Julson/Albert Lea Tribune