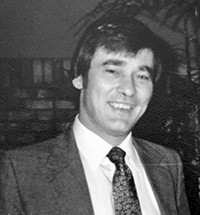 Tom grew up and attended school in Albert Lea, where he played football, wrestling and baseball for the Albert Lea Tigers. He excelled in all sports and his love of sports had continued even living in Florida, as he followed Albert Lea sports daily via the internet.

Tom enjoyed his family and family events. He also enjoyed the outdoors — Lake of the Woods fishing trips and visiting the Everglades in Florida.

Tom enlisted in the Navy and was assigned duty on the USS Raton submarine. After his Navy service he went back to school in order to become a CPA. He enjoyed this work up to his retirement.

He married Sandy Christensen and had three sons, Scott, Thomas Jr. and Jeff, of Oregon.

Tom later married Betty Zuniga on April 3, 1983, and they lived happily in Florida ever since. He was the love of her life.

Tom is survived by his wife, Betty McKey, of Lakeland; two sons, Tom Jr. of Minnesota and Jeff and wife, Alia, of Oregon; sister, Kassie (and Allen) Morris, of North Carolina; brother, Chuck (and Robin) McKey, of Owatonna; and many nieces and nephews.

Tom was proceeded in death by his son, Scott; father, Charles; and mother, Amy.