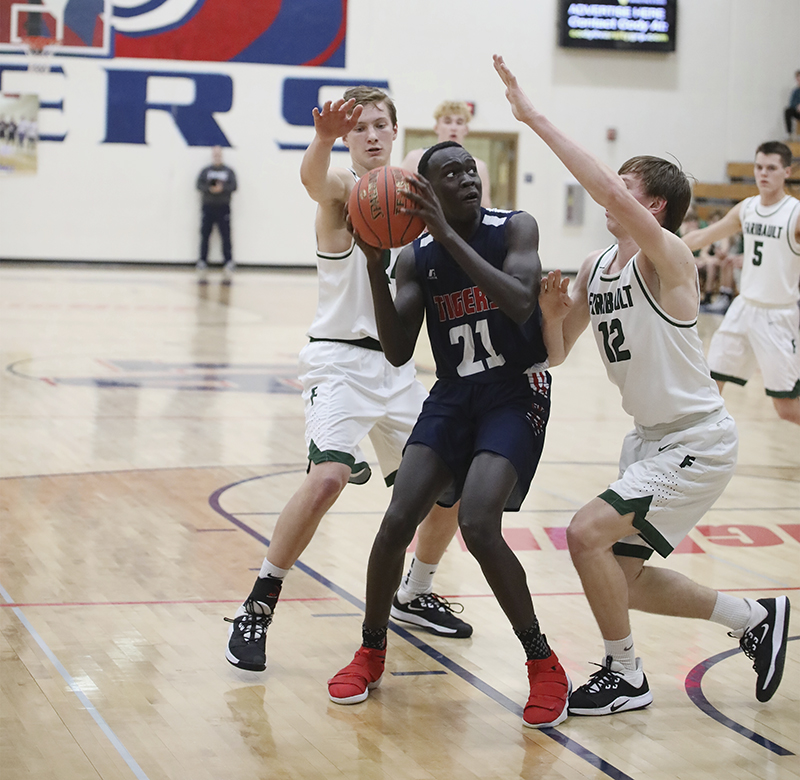 Albert Lea junior Bhan Kuey fights for position against two Faribault defenders Friday night at home. Kuey scored four points for the Tigers in the 65-55 win over the Falcons. - Provided

Behind a big performance from senior Chay Guen, the Tigers did just that, beating the Falcons 65-55 to notch their sixth win of the season.

With senior Connor Veldman out due to an illness, it was up to the rest of the team to make up for his absence.

Guen got the memo, going off for an impressive 37 points, while also adding 12 rebounds, four steals and two blocks. 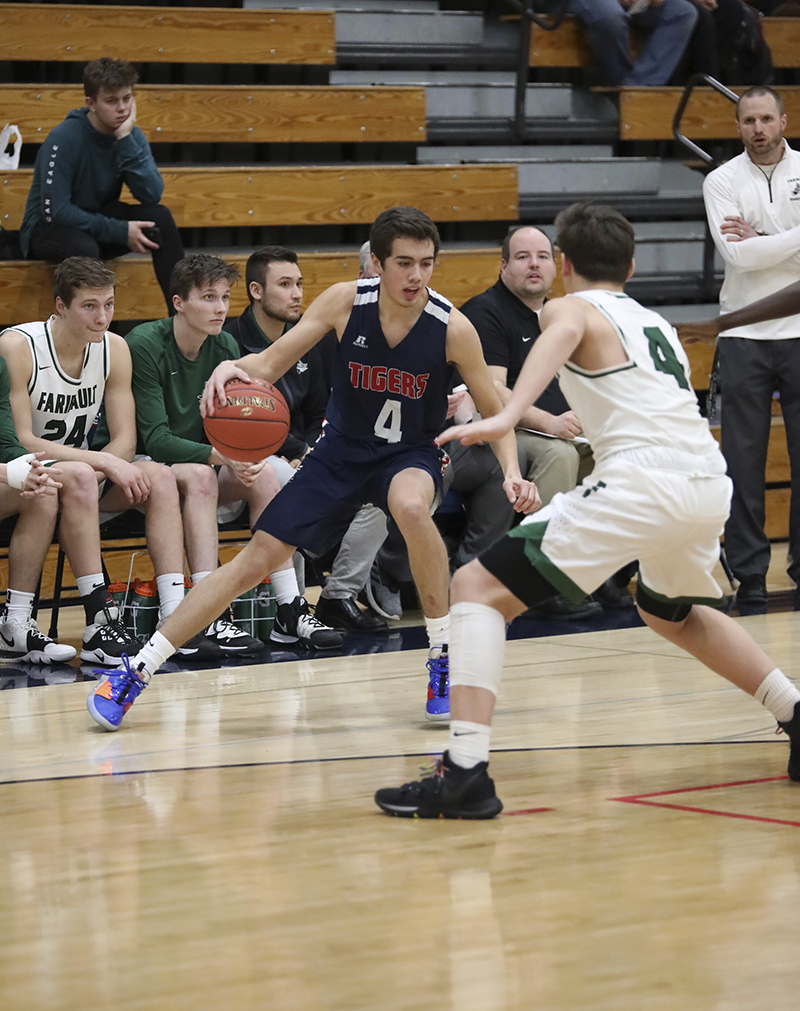 After building to a 35-26 lead by halftime, the Tigers kept their footing in the second half, extending their lead by one and securing the 10-point victory.

The Tigers move to 6-7 on the season and will play again Tuesday when they host the 8-8 Winhawks of Winona. The teams have met one other time this season, which saw the Winhawks come out on top of a high scoring affair, 82-71. 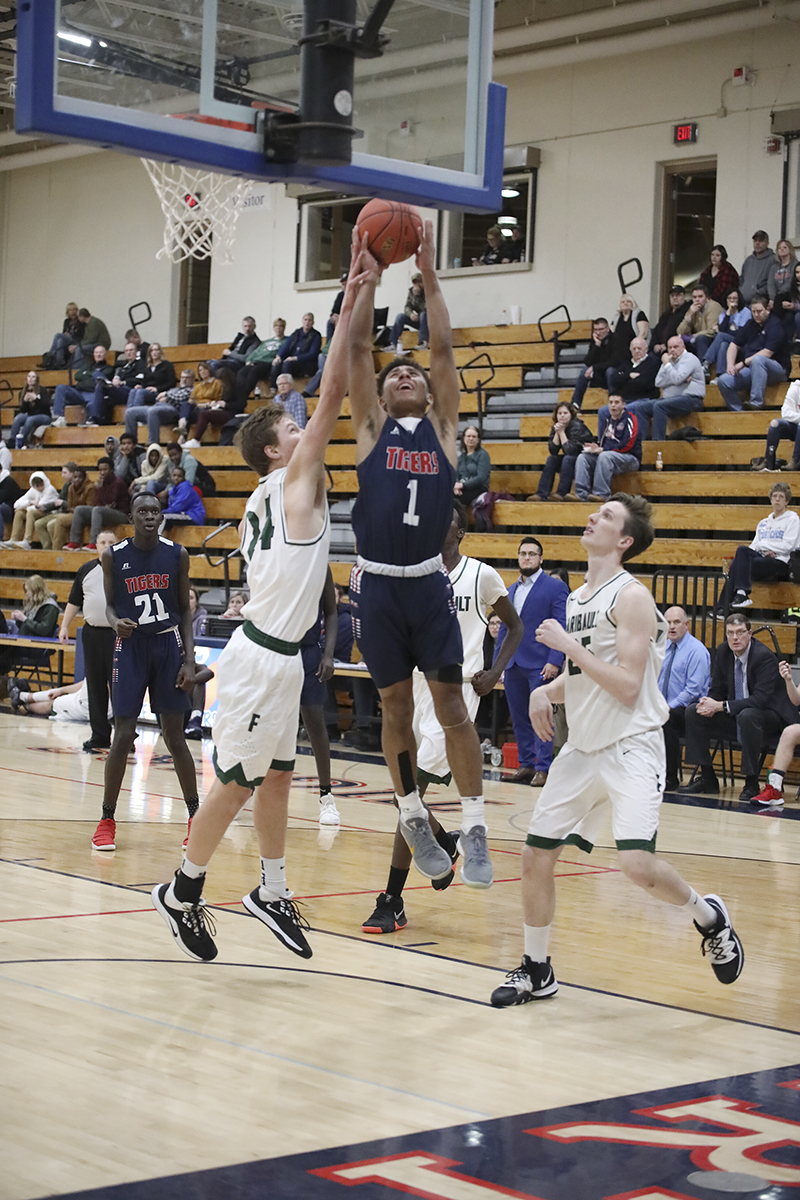 Senior JJ Mucha-Owens is fouled on his way up for a shot Friday night against Faribault. Mucha-Owens scored 12 points, pulled down eight rebounds and dished out six assists in the win. – Provided