Memorial services for Todd E. Fraley of Albert Lea will be at 10:30 a.m. Friday at Bonnerup Funeral Service in Albert Lea. Interment will be in Graceland Cemetery at a later date. 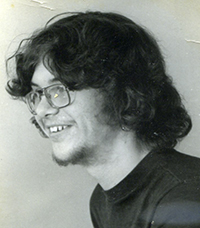 He was born in Marinette, Wisconsin, on March 26, 1960, and attended Albert Lea Area Schools.

He spent some of his years living near Des Moines, where he worked at area nursing homes.

He was an avid Minnesota Vikings and Twins fan.

Todd overcame many challenges and adversities in his life. Todd was witty, funny and had a huge heart, always worrying about others before himself.

He was preceded in death by his grandparents and his brother, Jimmie Lee Fraley.