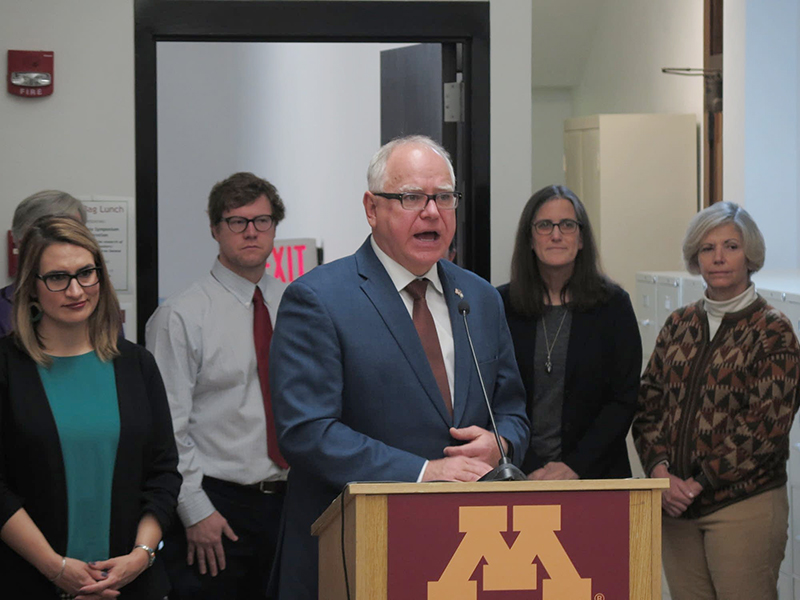 DFL Gov. Tim Walz on Monday announced $447 million in proposed borrowing for projects on college campuses throughout the state.

Walz made the announcement at Anoka-Ramsey Community College as part of a series of presentations highlighting the major areas of his bonding proposal, which is expected to reach about $2 billion. A final announcement on public safety-related projects is expected Wednesday.

Republicans have already criticized the governor’s proposal for being too big.

Walz said during a news conference Monday that investments are needed to build, repair and upgrade higher education facilities so the state doesn’t fall behind.

“If we neglect the workforce that we have, if we neglect looking towards the future, the entire state will suffer economically. We’ll suffer culturally, and on an individual basis. Not providing those opportunities for folks to live their fullest potential is simply not the way Minnesotans go,” he said.