Where does Minnesota go from here? 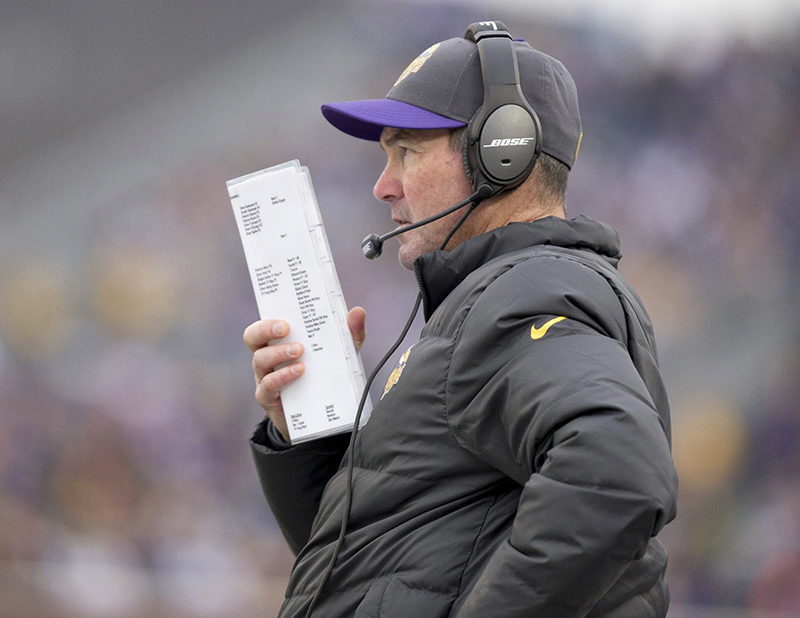 Zimmer and the Vikings aim to get over hump

MINNEAPOLIS (AP) — For the first time in his six years with the Minnesota Vikings, coach Mike Zimmer told his assistants to take a break right after the end of the season before the staff reconvenes in a week or so to assess the roster.

The extra time, Zimmer theorized, will minimize the personal sentiment and recency bias in their evaluations. From the exhilaration of the overtime win at New Orleans to start the playoffs to the sobering lopsided defeat by San Francisco that ousted them, the Vikings sure have a lot to sort out for a team that reached the conference semifinals.

Can they stay on a championship track by committing to the same leadership and stars, or do they need a more significant renovation for a franchise beginning its 60th season and still missing a Super Bowl trophy? Zimmer spent an hour on the phone on Monday with his longtime mentor, Hall of Fame coach Bill Parcells, pondering the big picture.

“We’ve been to the conference championship. We’ve been to the divisional game. We’ve been in a wild-card game where we lost by a field goal,” said Zimmer, who is 59-41-1 with the Vikings including the playoffs. “Just trying to figure out, ‘How do we get over this hump of getting to the next level and eventually winning this thing?’”

Zimmer’s contract has just one year left on it, as does general manager Rick Spielman’s deal, but team owners Zygi Wilf and Mark Wilf issued a statement of confidence in both of them before the win in New Orleans. Extensions could be coming soon, considering the tension and uncertainty that expiring contracts can create.

“I love these players, this organization. The owners have been outstanding to me,” Zimmer said. “I believe that there will be conversations here in the near future and whatever happens, I’m happy with it.”

Defensive line coach Andre Patterson and linebackers coach Adam Zimmer, his son, are two internal candidates for a post that has less responsibility than on most teams due to Zimmer’s preference to call the plays.

Though Stefanski was the play-caller and drew praise for his humility and adaptability when offensive adviser Gary Kubiak arrived, the playbook Kubiak brought from his successful days with Denver and Houston proved to be a sound fit for quarterback Kirk Cousins.

Offensive line coach Rick Dennison, who directed the running game, made a significant impact on an improved position group, too. Quarterbacks coach Klint Kubiak, the other son on the staff, makes a third internal candidate for offensive coordinator. Zimmer sounded on Monday as though that’s his preference.

“I like the scheme, I like the continuity that we have offensively with the coaches, and I feel like if we add a couple more pieces and continue to work on the execution of staying with the same play calls, the same system, the same motions and formations and things like that, it’ll definitely help the offensive players,” Zimmer said.

Spielman and Zimmer aren’t the only ones without contractual security beyond 2020. Cousins has reached the final year of his $84 million deal, coming off a clear improvement from 2018 to 2019. When the running game gets bottled up and the pass rush overwhelms him, as evidenced by the losses at home to Green Bay on Dec. 23 and at San Francisco on Saturday, Cousins can be quite limited.

But when the play-action attack is working as planned and he has time to throw, he can be one of the best in the league. Now, Cousins has a postseason win on his resume, on the road against a heavily favored foe at that.

“I think this may have been his best year that he’s played in the NFL,” Zimmer said.

Extending Cousins appears to be inevitable, with the Vikings holding only the 25th pick in the first round of the draft and no ready-made replacement on the roster. Given their lack of space under the salary cap, a new deal that combines a short-term pay cut with a longer-term commitment could be the ideal scenario for both sides. As a player who has thrived on careful preparation, such stability ought to only help him continue to improve.

“I certainly love it here and love being a Viking,” Cousins said.

The next-most pressing matter is the status of running back Dalvin Cook, who has also reached the final year of his deal. Cook broke out in a big way with 1,654 yards from scrimmage, playing in a career-high 14 games, but there’s always the league-wide question of how much a team can afford to invest in a position with such a short shelf life.

End of the road?

One of the hallmarks of Zimmer’s time with the Vikings has been the consistency and stability of a defense with six players who’ve been picked for Pro Bowls and a seventh, middle linebacker Eric Kendricks, who was an Associated Press All-Pro selection in 2019. The overall performance of the group slipped this season, though, and the other factors of age and salary make the first real shakeup of the defensive lineup under Zimmer a near certainty.

Cornerback Xavier Rhodes and defensive end Everson Griffen are the two stalwarts most at risk. Griffen had eight sacks in a solid comeback season, but he’s 32 with a scheduled salary cap hit of more than $13 million.

“I want to be a Viking for life,” Griffen said, “but it’s a business, so we’ll figure that out when the time gets here.”

The list of unrestricted free agents is led by safety Anthony Harris and cornerback Trae Waynes, with the secondary headed for undoubtedly the most significant change. Nickel back Mackensie Alexander will be a free agent, too, as will backup safeties Andrew Sendejo and Jayron Kearse.

How to get it right

Tennessee and San Francisco both proved the run-heavy strategy can still work in the current NFL, riding it to reach their respective conference title games. Investing more heavily in the offensive line will be an important next step for the Vikings to make sure their ground game isn’t as vulnerable to stalling and that Cousins can cut further down on sacks.