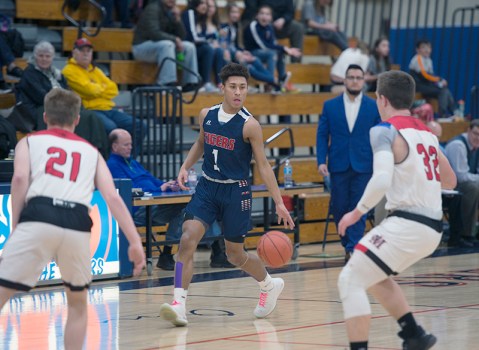 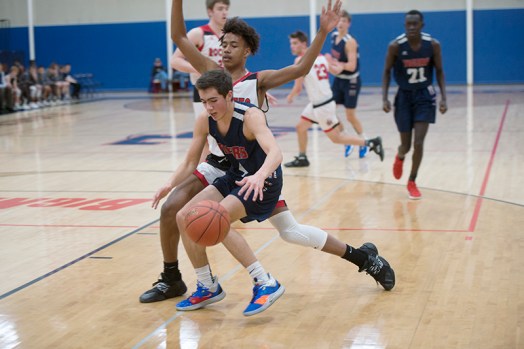 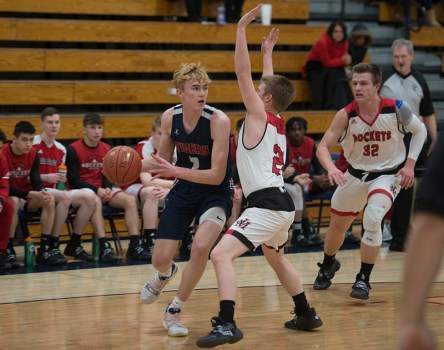 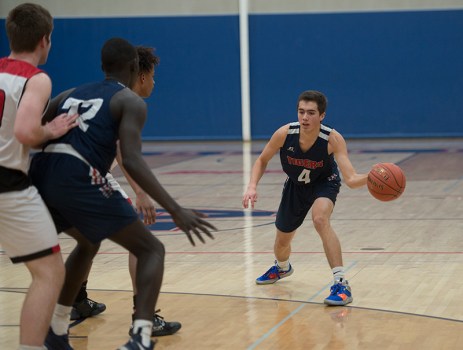 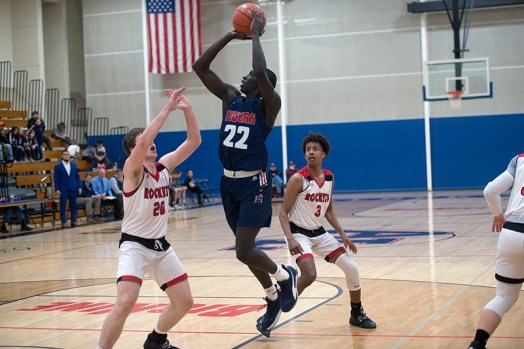 Albert Lea senior Chay Guen goes up with a shot Thursday night against Rochester John Marshall. Guen scored 11 points in the 73-57 win over the Rockets; all of his points came in the second half. - Tyler Julson/Albert Lea Tribune

Tigers avenge their earlier loss to the Rockets

After a tough loss to Mankato East Tuesday, the Albert Lea boys’ basketball team was looking to bounce back when it hosted Rochester John Marshall on Thursday night.

After a tough loss to Mankato East Tuesday, the Albert Lea boys’ basketball team was looking to bounce back when it hosted Rochester John Marshall on Thursday night.

The Tigers not only got back on the winning path, they avenged their earlier loss to the Rockets this season, sailing to a 73-57 victory.

The opening portion of the first half went back and forth. The Rockets scored the opening basket, but Albert Lea took the lead with a three-point basket from senior Andrew Willner on the next possession.

The biggest lead of the first 10 minutes was a four-point Albert Lea lead with 8:34 left in the half.

After a timeout, John Marshall came back with two quick baskets to take the lead right back. However, after giving up the lead, Albert Lea came to life with a 17-5 run to close out the half and take a commanding 38-25 lead into the locker rooms.

The Tigers did a nice job of spreading the ball around in the first half. Senior JJ Mucha-Owens led the way with 16 points and fellow senior Connor Veldman was right behind with 13 points. Willner tallied five and senior Koby Hendrickson had four. One of the Tigers’ usual point scorers, senior Chay Guen was held to zero points through the half.

Albert Lea came out and dominated the second half. John Marshall was never able to trim the lead back to single digits and Albert Lea rolled to its 10th win of the season.

Guen could not be held back for an entire game, as he scored 11 points in the second half, while adding four rebounds, three assists and two blocks.

The Tigers move to 10-10 on the season and will play again Tuesday night when they host the Wingers of Red Wing. The Tigers beat the Wingers 62-54 in their previous meeting this season.

This season marks the first time the Tigers have reached the 10-win mark since the 2012-13 season, in which they finished 12-14.