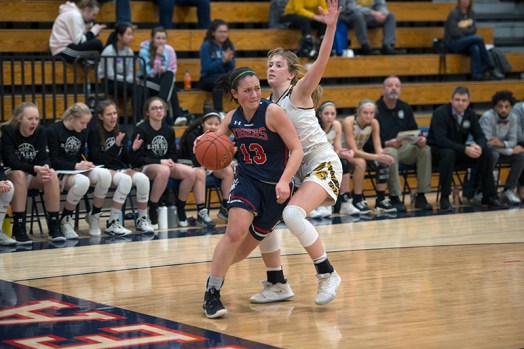 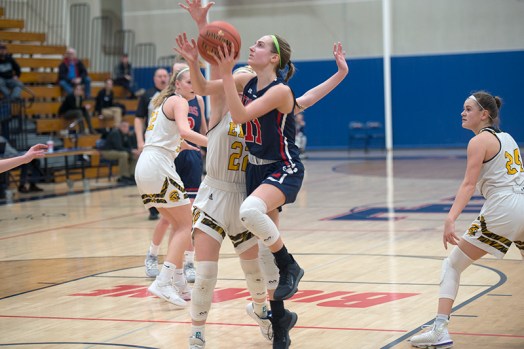 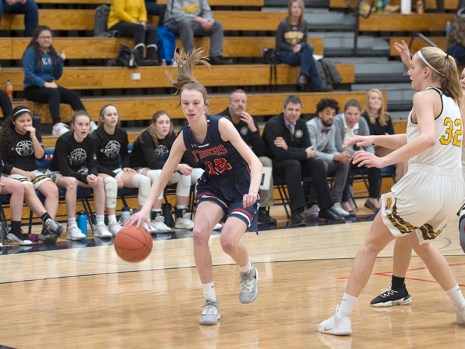 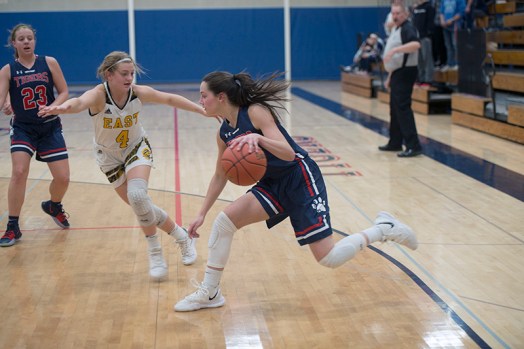 After a dominating win over Northfield on Friday night, the Albert Lea girls’ basketball team hosted Mankato East on Tuesday night looking to pick up its second consecutive win.

Despite a close back and forth in the first half, the Tigers were unable to match the Cougars in the second half, falling 51-46.

The Tigers started the game with points on back-to-back possessions. Sophomore Annika Veldman hit a three-point basket on the opening possession and senior Ashley Butt made two free throws during the second.

Albert Lea took an early 8-5 lead, but fell behind shortly after when Mankato East went on a 9-0 run.

Both teams were on fire from beyond the arc and at the free throw line through the opening minutes of the game. Sophomore Taya Jeffrey was the first player from either team to make a field goal from inside the three-point line and it came nearly six minutes into the game. The Cougars would not make their first two-point shot for another several minutes.

Despite trailing by six points midway through the half, the Tigers battle back to tie the game and eventually take the lead. A host of different Tigers made key shots that kept them in the game.

The two teams traded the lead back and forth through the closing minutes of the half, until the buzzer sounded with the score tied at 29-29.

Jeffrey led the Tigers at the half with nine points, and senior Sam Skarstad had seven. Veldman and freshman Kendall Kenis each had five, while Butt and junior Mallory Luhring combined for three.

Albert Lea failed to contain the Mankato East offense, as it continued to score easy shots below the basket. With just two minutes remaining in the game, Albert Lea had been outscored 22-10 in the second half.

Down by 12 points, the Tigers’ never-quit attitude provided a small spark to bring the team back to within five points. However, that is where the comeback attempt would stop, as the Tigers dropped their 14th game of the season.

Skarstad led the Tigers with 17 points and Jeffrey finished with 12. Veldman and Kenis remained at five each, while Butt, Luhring and sophomore Jordan Juveland combined for seven.

The Tigers fall to 7-14 on the season and will be back on the court Thursday night when they host the Panthers of Rochester Century. The Tigers came out on top of their first matchup this season 66-60.