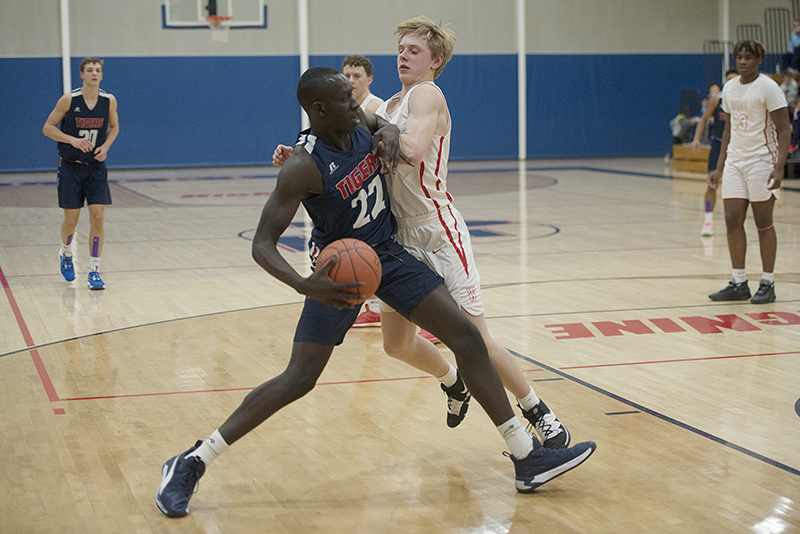 Albert Lea senior Chay Guen fights to get into the post Tuesday night at home. Guen led the Tigers with 26 points, including the go-ahead basket with under 20 seconds remaining. - Tyler Julson/Albert Lea Tribune

The Tigers took a lead in the first minute and did not lose it until a tie in the last minute of the game. Senior Chay Guen scored a game-winner with 15 seconds remaining, and the Tigers held on to win 66-64.

The Tigers got out to an electric start when senior Connor Veldman hit a wide open three-pointer and Guen hit a contested shot below the hoop. The Scarlets, however, were never far behind, with big shots from the perimeter to keep them close.

Mankato West took a timeout roughly seven minutes into the half while down five points. Albert Lea came out of the break firing on all cylinders, extending its lead to double digits. The Mankato West defense had no answer for Guen and fellow senior JJ Mucha-Owens. Guen was a force to be reckoned with in the low post and Mucha-Owens was able to slice through the perimeter defense and create shots at the rim. 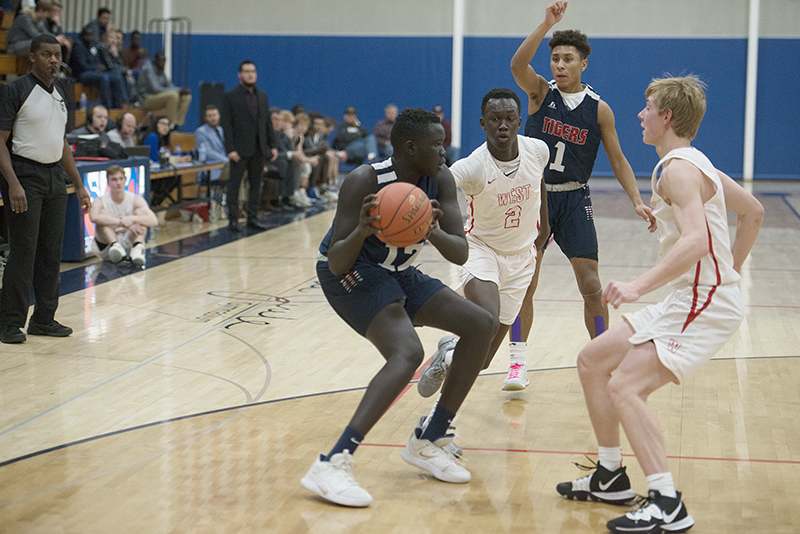 Albert Lea continued to keep Mankato West at bay through the remainder of the half, taking a 38-29 lead into halftime.

Mucha-Owens led at the half with 14 points. Guen was close behind with 11, and Veldman and senior Andrew Willner each had five, while freshman Pal Wal had three.

The Tigers came out in the second half and extended their lead into double digits once again. The Scarlets were forced to call a timeout with 12:44 left in the game, trailing 53-41 in an attempt to cool the Tigers off.

The icing worked to an extent, as the Tigers went on a scoring drought, only scoring six points through the next seven minutes of play. The Scarlets went on a 12-6 scoring run to close the gap to six points and forced the Tigers to call a timeout of their own.

Mankato West’s foul trouble once again came into effect, as two of their top players fouled out in the closing minutes of the game.

Mucha-Owens and Guen hit some key free throws down the stretch, but big shots by the Scarlets kept them in the game and eventually tied the game at 64-64 with just 22.6 seconds left.

The Tigers inbounded the ball and wasted no time in scoring as Guen hit a contested layup to take the two-point lead. The Scarlets advanced the ball past half court and immediately called timeout with 7.6 seconds left to draw up a play. The Scarlets got an open look out of the break, but the ball hit the front side of the rim as the buzzer sounded, earning the Tigers their eighth win of the season.

Guen led the Tigers with 26 points and Mucha-Owens had 20. Veldman and Willner each had seven and Wal had six.

The Tigers improve to 8-9 on the season and will play the 7-11 Raiders of Northfield on the road Friday night. The Tigers beat the Raiders 63-53 in their previous meeting this season. 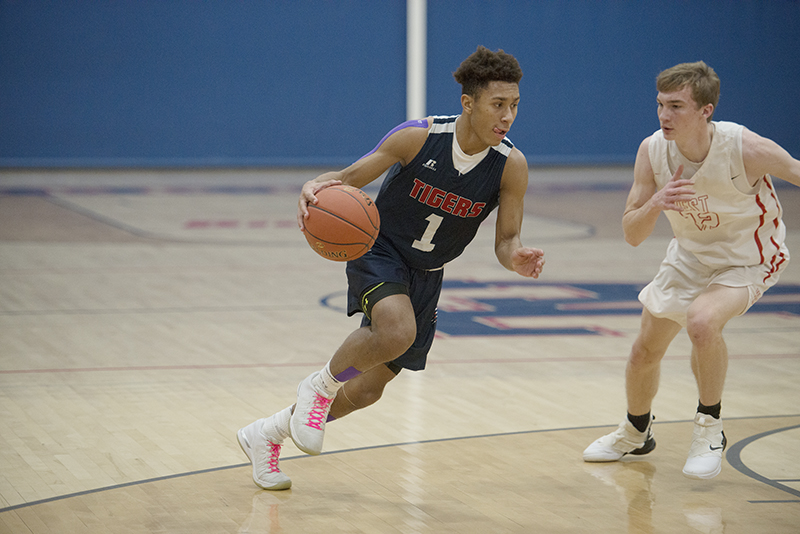