Bulldogs advance in district play with win over Knights 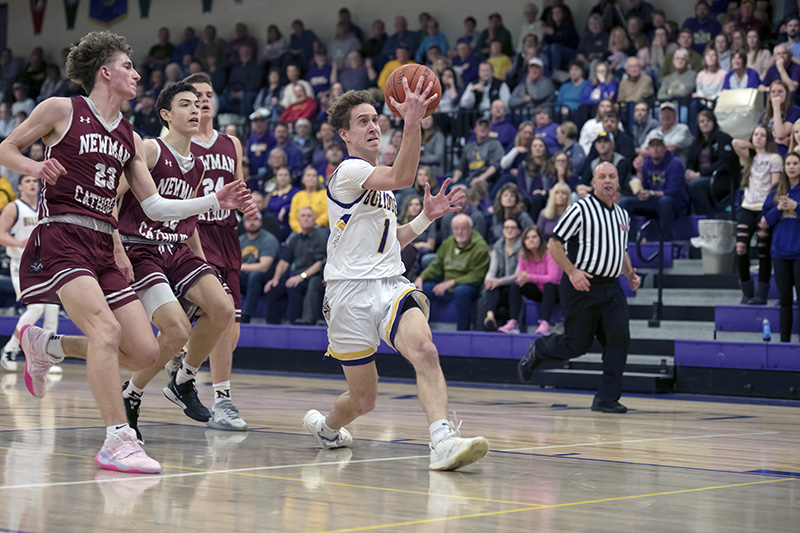 Lake Mills senior Colby Groe gathers for a layup Tuesday night against Newman Catholic. Groe led the Bulldogs with eight assists in the 79-56 win over the Knights. - Lory Groe/For the Albert Lea Tribune

The Lake Mills boys’ basketball team hosted Newman Catholic Tuesday night in the semifinal round of the district tournament.

The Bulldogs easily disposed of the Knights, continuing their march through the postseason and earning a spot in the district final 79-56.

It was more of the same story in the second half, as the Bulldogs outscored the Knights 24-13 in the third quarter and coasted through the fourth to earn their 21st win of the season.

“Our team defense was excellent,” said head coach Kyle Menke. “We had balanced scoring and played with outstanding overall intensity.”

The Bulldogs climb to 21-2 on the season and will take on the Eagles of West Hancock Thursday night in the district championship game. The winner of that game will advance to the substate game for a chance at the state tournament.

The Bulldogs and Eagles have met twice this season, with the Bulldogs coming out on top both times.