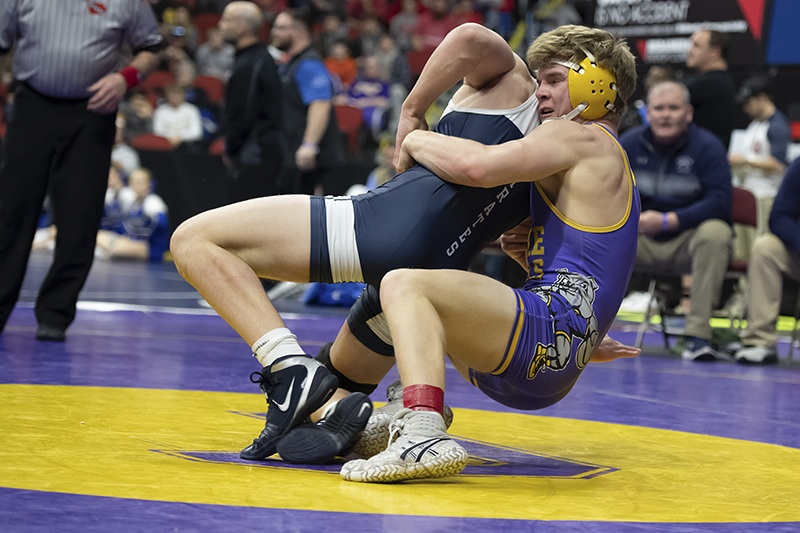 Junior Casey Hanson brings his opponent backward in his first-round match at the Iowa state wrestling tournament. Hanson lost the match via a 7-4 decision. - Lory Groe/For the Albert Lea Tribune

Three wrestlers from Lake Mills and one from Northwood-Kensett started their individual state tournament bids Thursday morning, and three of the four moved into the second day of competition.

At the end of the second day, only two remained in the consolation bracket vying for at best a third-place finish.

Lake Mills junior Dalton Thorson was first up at 138 pounds. Thorson was defeated in his opening-round match by Hudson sophomore Karter Krapfl in a 12-0 major decision, which relegated him to the consolation bracket.

Thorson kept his consolation match closer, but ultimately came up short in a 4-0 decision loss to Riverside-Oakland sophomore Nolan Moore. Thorson ends his season with a record of 41-15.

Next up for the Bulldogs was junior Casey Hanson at 152 pounds. Hanson also dropped his first match in a close 7-4 decision to Hudson sophomore Tate Entriken. Hanson came back with a vengeance, however, earning his way into Friday’s action after beating Southeast Warren junior Tanner Dierking in a 9-1 major decision.

On Friday, Hanson continued his forward momentum by pinning Waverly-Shell Rock senior Seth Salker in the third period to advance in the consolation bracket, and he followed it up by winning with a first-period fall over Woodbury Central senior Nate Monahan to advance into the consolation semifinals Saturday morning. Hanson will take on Underwood senior Blake Thomson. 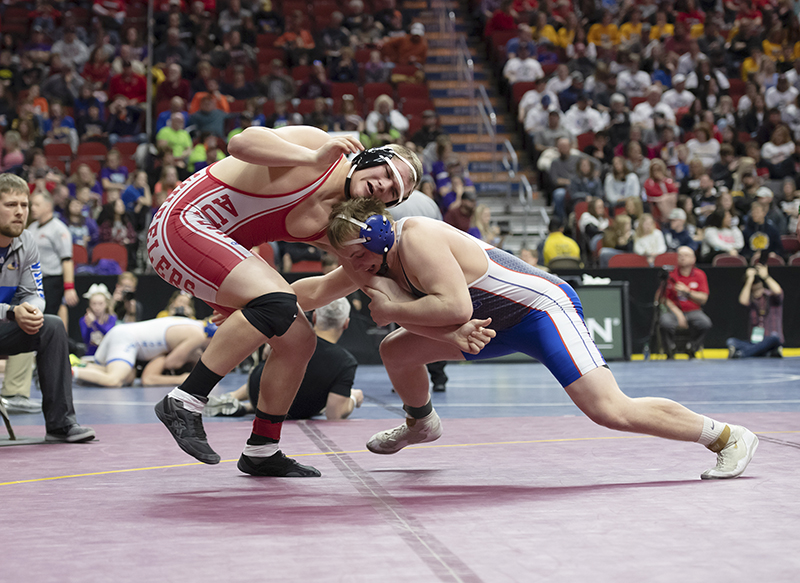 Northwood-Kensett senior Gideon Rollene shoots for a takedown in his opening-round match Thursday night in Des Moines. Rollene won the match in a 7-4 decision. – Lory Groe/For the Albert Lea Tribune

Finally for Lake Mills was junior Elijah Wagner at 160 pounds. Wagner was the lone Bulldog to win his opening round match, which ended when Wagner pinned Hinton senior Teegan Tschampel in the first period. Moving into Friday, Wagner advanced to the semifinals with a 4-3 decision win over GTRA senior Spencer Roth.

In the semifinals, Wagner took on the No. 1 seed in Don Bosco sophomore Cade Tenold and came up on the losing end of a 6-2 decision. Wagner moves into the consolation bracket, where he will face senior John Ebaugh of Denver.

Gideon Rollene, the lone Viking to make the state meet, started out with a 7-4 decision win at 220 pounds over Aubudon senior Luke Mosinski. However, Rollene dropped his quarterfinal match to NCS senior Tyler Thurston, sending him to the consolation bracket. Rollene advanced with a 3-0 decision win over Akron-Westfield senior Logan Smith before falling to Southwest Valley junior Tallen Myers. Rollene ends his season campaign with a record of 47-2.

Hanson and Wagner will wrestle their consolation semifinal matches beginning at 10 a.m. Saturday. Check back with the Tribune for full results as they become available. 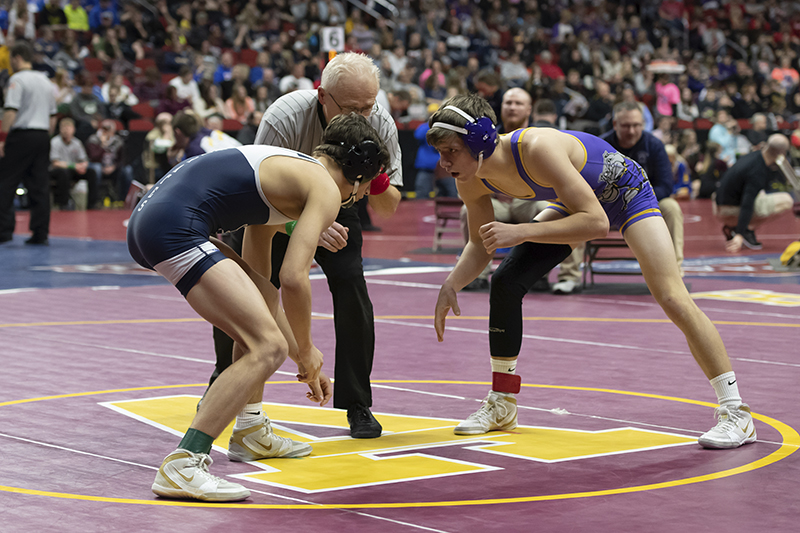