Dave grew up loving to hunt and fish. His parents took the family on fishing trips to Leech Lake from his early years. When he was old enough, he hunted pheasant and deer around Albert Lea and was able to take numerous elk hunting trips out West. Dave continued to fish and hunt and trap shoot until he was no longer able to participate in the sports. Dave also enjoyed listening to music, especially old country. He enjoyed playing cards — 500 and cribbage were favorites — with his sons and grandchildren. Dave and Lois enjoyed vacationing; a favorite destination was Hawaii. Dave’s greatest passion was his family. He cherished the time he spent with them. Dave had a good sense of humor and was fun to be around. He was creative and enjoyed experimenting with ideas to improve or change objects or systems. Dave was an avid Minnesota sports fan, watching the Vikings, Twins and Golden Gophers. When he was able, watching his grandchildren’s sporting events and music activities was a highlight. 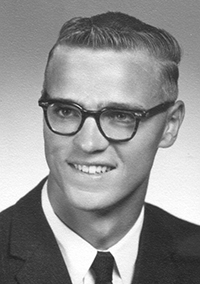 David Robert Palmer was born May 17, 1942 to Clayton and Juanita (Schmidt) Palmer at Naeve Hospital in Albert Lea. He was baptized and confirmed at Zion Lutheran Church. Dave graduated from Central High School in 1961, participating in numerous activities including: football, track and student council. In 1965, Dave received his degree in education from Mankato State College and from 1965 to 1966 he attended Valparaiso University Law School. Dave married his college sweetheart, Lois Templin on Aug. 19, 1967. They celebrated their 50th wedding anniversary in August 2017 with family.

Dave’s occupation was a wholesale bait dealer. He began working in the family business with his father Clayton as a young man. The outdoor work was always what drew Dave to the business. After retirement, Dave enjoyed driving truck with a road construction crew and looked back at those times fondly.

Dave was survived by his loving family: wife, Lois; his three sons, Eric (Nicole) of Mitchell, South Dakota, Ryan (Stacy) of Albert Lea, and Greg (Beth) of Miller, South Dakota; 10grandchildren, Jordan (Mandy), Tanner, Matthew, Brynn, Bryce, Taylor, Journey, Jolie, Aiden and Easton; many other relatives and friends. He was preceded in death by his parents, parents-in-law and brother Lloyd. 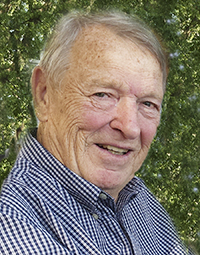 Dave passed away from complications of Metastatic Prostatic Carcinoma with Lois and family by his side on Saturday morning, Feb. 1, 2020, at Mayo Clinic, Methodist Campus at the age of 77.

The family wishes to thank the amazing staff at the Albert Lea Cancer Center for their commitment, dedication and kindness to Dave throughout his care.

Memorials suggested to Zion Lutheran Church or charity of choice.