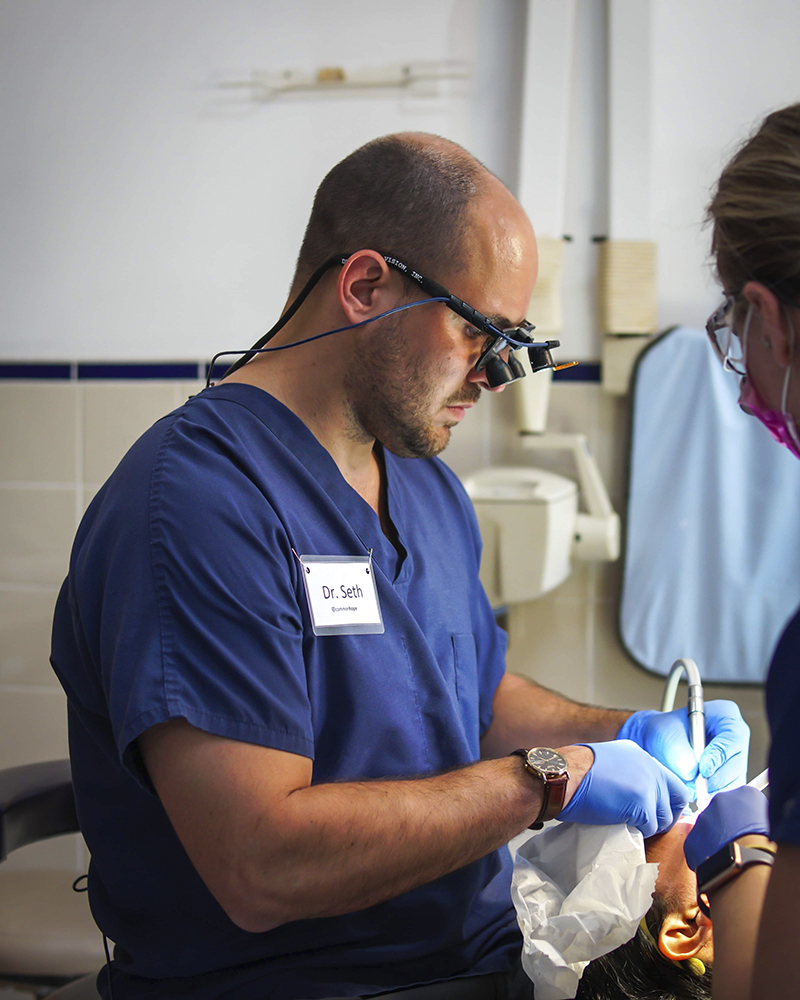 Dr. Seth Huiras administers to a patient during a Common Hope mission trip in Guatemala. Both dentists at Fountain Lake Family Dental have experience with the St. Paul-based charity organization. - Provided

Huiras said a sign for Fountain Lake Family Dental will soon hang above Hoffman’s old office at 146 W. Clark St. Both dentists will divide their time between four days there and their current practice in Montgomery. Huiras will be in Albert Lea every Thursday while De Los Rios will take Mondays, Tuesdays and Wednesdays.

“I joined up with Seth first in Montgomery, and we found that we were helping a lot of people out and decided to try and venture out to keep us both busy,” De Los Rios said.

Fountain Lake Family Dental provides general dentistry, but through a team of technicians and laboratory partnerships it also offers a wide range of restorative and reconstructive services as well.

The American Dental Association recommends routine dental exams, but because needs vary from person to person, there is no one-size-fits-all approach to the frequency of visits. Huiras and De Los Rios both said those needs can vary for just one person throughout their lifetime, but the general recommendation is every six months.

“That gives us enough time to catch problems before they get out of control,” said De Los Rios. “Some patients, unfortunately, due to genetic factors or medical factors, they need to come in a little more frequently. There are a lot of medications that cause dry mouth that you’ll sometimes see cavities growing like no other on those patients.”

The importance of preventative care was stressed by both dentists. Huiras explained that infections in the mouth can enter the bloodstream and spread throughout the body, leading to a variety of health problems, including heart disease and cancer.

He recalled a 83-year-old patient he built dentures for. 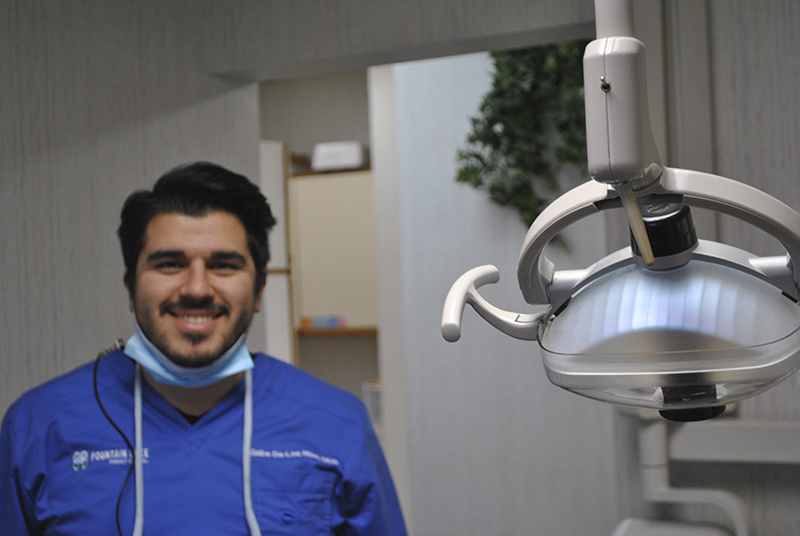 “After three months he said to me, ‘Seth, I don’t have any more hip pain. I can walk without any more pain in my hips, and I think the infections in my mouth were related to the arthritic pains in my hips.’ And he’s still doing well, and he still no longer has hip pain,” Huiras said.

“Obviously money is an issue — people just don’t put as much importance on their teeth as much as other things,” he said. “If you come in regularly for the preventative stuff it prevents the big projects that we have to do later. The longer you hold off on it, the more expensive it gets.”

While Huiras said dentists are still among the most frequently visited medical service providers in the country, De Los Rios said fear still keeps some people out of the dentist’s chair.

“I think there’s a big population that has had bad experiences when they were kids, and I think they hold on to a lot of the fears, including the needles and the drilling,” said De Los Rios. “We get those patients back because they’re in pain, and to their surprise they find out, ‘Wow, it’s gotten a lot better.’”

For Huiras, it was his experiences as a child growing up on a dairy farm near Random Lake, Wisconsin, that drove him to become a dentist. He didn’t mind working in a dirty environment and enjoyed working with his hands.

“And not to mention I broke my front teeth when I was 10 years old, so I learned real quick when I fell on the ice and landed on my teeth that dentists are pretty important,” he said. “So somehow I ended up here with all those urges coming together, and I feel blessed.”

De Los Rios said it’s important to get children into the dentist office early and often.

“Especially in a changing mouth, there’s a lot going on — it helps prevent malformed bites, we can intervene early and basically they get acclimated to coming to the dentist,” he said.

“There was this kid with a really bad bite. He wasn’t happy, mom and dad weren’t happy and it was causing him problems. To be able to transform that bite into something that will last, that will help him out in the long run was pretty cool to see.”

De Los Rios, originally from the northern Minneapolis suburbs, and Huiras both have degrees from the University of Minnesota School of Dentistry and both have participated in the St. Paul-based Caring Hope missions to Guatemala under the direction of faculty adviser Dr. Steven Humbert.

“On those mission trips you see some problematic mouths, patients are in pain, their jaws are swollen and just getting them out of that pain is something nice to see,” De Los Rios said.

Appointments at Fountain Lake Family Dental can be made at 507-373-3323 or online at www.fountainlakefamilydental.com.