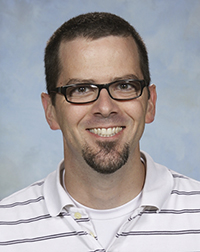 I previewed Albert Lea Community Theater’s production of “Irena’s Vow” Wednesday evening. Directed by Glen Parsons, the play runs a little over 90 minutes with no intermission. I was familiar with the play being based on the true story of Irena Gut Opkyke, a young Polish woman who risks everything by hiding Jews in the home of the very Nazi officer she’s forced to serve, but I had little knowledge of the play’s more detailed storyline and therefore was able to appreciate the twists and nuances of this well-written and well-directed play.

Director Glen Parsons’ attention to detail is apparent from the start. Entering the theater, audience members are struck by the austere set largely devoid of props and color, their eyes drawn immediately to a large Nazi flag hanging as the center backdrop for nearly the entire performance. The sparsely adorned stage has two levels, the upper where Nazi officers at times stand and pontificate and at others sit silently when not in a scene — a quiet reminder that the authorities are always watching. The lower is where Irena primarily dwells. On this level she interacts with three of the Jews she hides and with others, including Maj. Rugemer, for whom she serves as cook and housekeeper. The dim house lighting and pre-performance music reflect the solemnity of the subject matter to come.

The playwright, Dan Gordon, gives Irena’s cast complex and engaging characters to develop, particularly the leads. Pat Parsons is a force throughout the show in an incredibly challenging role for its stage time alone, not to mention the ever-present tension she conveys while serving as a “field marshal in charge of hide and seek,” the stakes of which are life and death.

Jason Howland’s Maj. Rugemer is a largely detestable character whose arrogance and concern for his own reputation ironically serve Irena and her hidden friends well for much of the play. Howland’s strong voice shakes the theater repeatedly when the major is angry and even once while he and Parsons sing an awkwardly raucous duet to Wagner. Detestable as the major is, Howland successfully reveals glimpses into the Nazi’s humanity — a testament to the craft of both the actor and playwright.

In a supporting role, Luke Zacharias gives a chilling performance as Rokita, reminding us of Joseph Goebbels words, that “if you repeat a lie a thousand times, people will believe it, and you will even come to believe it yourself,” as he coolly describes the plotting dehumanization required to seduce a people into tolerating genocide.

Daniel Montenegro plays a convincing everyman cook, Schultz, who wants to do the right thing — and does to some extent — but repeatedly says, “I don’t want to know,” as he’s too frightened to put his own skin in the game. Glen Parsons also keeps this character dimly visible on stage when not in a scene, a reminder of both the quiet complicity and potential power of the onlooker.

You can expect strong performances from the entire cast, but Logan Petersen distinguishes himself as The Visitor. Despite the short time he’s on stage, Petersen drives one of the play’s most subtle and moving scenes and serves as a conduit for a much welcome catharsis, leaving me with tears in my eyes.

I was emotional at the conclusion of this production, not simply because “Irena’s Vow” is a story of the Holocaust, but because it’s also a story of today. This play challenges us to truly value all human lives, no matter their ethnicity, no matter what side of the border fate happened to place them at birth — no matter the lies we are told repeatedly about them, and us.

Whether it’s Jews hiding in cellars or brown children locked in cages, this play might just put your moral sense on notice. While perhaps we (and Schultz) “don’t want to know,” we do need to know the truths of those who suffer, and we must not let our consciences grow dormant, for as Irena says, “We are what we do.”

Jeremy Corey-Gruenes has taught writing and literature courses at Albert Lea High School since 2001. He can be reached at jcorey2@gmail.com.